The victim has been identified by the Mississippi Business Journal as Ethan A. Schmidt.

Here’s what you need to know about Schmidt and the shooting:

1. The School Was in Lockdown for Several Hours as Police Searched for the Gunman/h2>


Shannon Lamb is suspected in the shooting. (Delta State University)

The campusn was on lockdown for several hours as police searched for the gunman. Police said at about 1:15 p.m. local time that they believe he left campus, according to WMC Action News 5.

Students barricaded themselves in classrooms, as seen in the video below:

“Fortunately for us, our public safety officers and university officials have trained many of us for active shooter situations,” Don Allan Mitchell, an English professor, wrote in a Facebook message to The Associated Press. “Many students are locked-down in classrooms, and professors and staff members are telling them the protocol. Plus, we are all texting and Facebooking each other to make sure we are safe.”

2. Schmidt, Who Was Married & Has Children, Was Killed In His Office

Schmidt was killed inside Jobe Hall, one of the main academic buildings. It is home to the school’s history department. The Associated Press reports that Schmidt was shot inside his office.

A Kansas native, Schmidt is survived by his wife and three children. 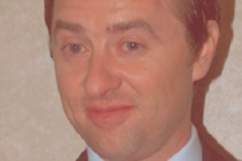 3. He Has Taught American History at Delta State Since 2013

He previously worked at Texas Tech University, according to his biography on the university’s website. He taught for six years at Texas Tech and received the President’s Award for Excellence in Teaching in 2011.

Schmidt completed his PhD at the University of Kansas in 2007. He earned his undergraduate and master’s degrees from Emporia State University. 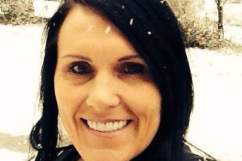 4. His Studies Focused on the Interaction Between Indigenous Americans & European Colonists

Schmidt focused his studies on The Atlantic World, with a focus on the interaction between Indigenous people in North America and European colonists.

His first book, The Divided Dominion: Social Conflict and Indian Hatred in Early Virginia, was published in 2014.

“This topic is important because to date, there has not been a comprehensive scholarly account of the Native American experience in the Revolutionary era,” Schmidt said in an article promoting the book posted by the university. “I have taught an upper division course on the American Revolution for 10 years now, and there are great books about the experiences of women, African-Americans, the urban and rural laboring classes, et cetera — but not one book that you could assign to students which covered it in its totality.”

Schmidt talked about his work in an interview with the American Historical Association in 2013:

I value the fact that inquiry for the sake of inquiry is honored in the profession. We never accept the conventional wisdom or current paradigm as an acceptable answer. To be a historian (and a practitioner in any other humanities field for that matter) is to grapple with the very core of what it is that makes us human. Our triumphs, our tragedies, our flaws, and our strengths are all laid bare by the scholarly study of history and without this kind of inquiry there is little hope for mankind I think. Also, I love a crowd, I love to talk/read/write about the past, and I loved college so much I never wanted to leave it. Hence, there was really no other path for me!

Schmidt thanked the suspect in his death, Shannon Lamb, in one of his books.

Murdered #deltastate prof. Ethan Schmidt once thanked suspect Shannon Lamb in one of his books. pic.twitter.com/eR9yLh6nml

5. Delta State Is a Public University With About 3,300 Students

Delta State is a public university located in Cleveland, Mississippi, with 3,324 undergraduate students.

Cleveland is located near the Arkansas-Mississippi line. 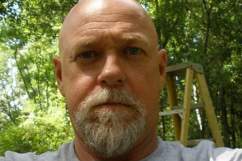 Loading more stories
wpDiscuz
1
0
Would love your thoughts, please comment.x
()
x
| Reply
Ethan Schmidt, a history professor at Delta State University in Mississippi, has been identified as the victim killed Monday morning in an on-campus shooting.