A Hungarian man who brought goods to stranded Syrian refugees in Hungary was practically robbed of the items by a gang of young boys before he could hand them out. The Good Samaritan brought a bag of goods to a public place currently occupied by the the transient Asians who are fleeing their war torn country.

Hungary has seen a huge influx of immigrants as they try to make their way to richer European countries like Germany and even Sweden. Hungarian officials have stepped up security to prevent illegal immigrants from entering.

In Hungary, hundreds of refugees are locked in a stalemate with authorities.
Migrants hoping to reach the Austrian border have refused to disembark from a train surrounded by police in the Hungarian town of Bicske, 40km (25 miles) from Budapest.

Hungarian President Orban has added an authoritative voice to the crisis. Addressing reporters outside the European Union headquarters in Brussels, Orban said: “I think we have a right to decide we do not want a large number of Muslim people in our country… We can’t guarantee that you will be accepted. We Hungarians are full of fear.”

The Islamic caliphate the Ottoman Empire used to rule Hungary, a majority Christian country, from 1541 to 1699. During this time, Hungarians were forcibly deported and massacred by Ottomans. This may be what Orban is referencing when he said that “Hungarians are full of fear.”

In regards to the video, it set off a firestorm of comments on Reddit. The top upvoted comment was by ChristineBC:

Look at his face. He learned a lesson today.

This is hilarious to me. He went in with the bag thinking “gotta help these maligned immigrants because nobody else will!” and left with the most “bloody immigrants” face I’ve ever seen.

NPR reports that the European Union has called on EU members to accept 200,000 refugees. 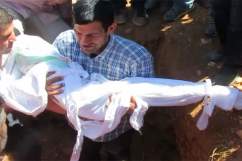 Read More
Europe, European Union, Syria, Terrorism, Youtube
Follow Heavy ↓
wpDiscuz
3
0
Would love your thoughts, please comment.x
()
x
| Reply
A Hungarian man who brought goods to stranded Syrian refugees in Hungary was practically robbed of the items by a gang of young boys before he could hand them out.