The discovery of water on Mars is today’s Google Doodle. (Google)

Happy Mars Google Doodle day! The discovery of water on Mars is the new Google Doodle of the day. Google is so excited about NASA’s announcement that it’s featuring the red planet as its Google Doodle for September 29, 2015. NASA announced that dark lines on Martian slopes that appear and disappear seasonally are actually liquid salty water flowing on the Martian surface. This could have huge implications for finding life on Mars one day.

1. Google Is Celebrating the Mars Announcement With a Google Doodle 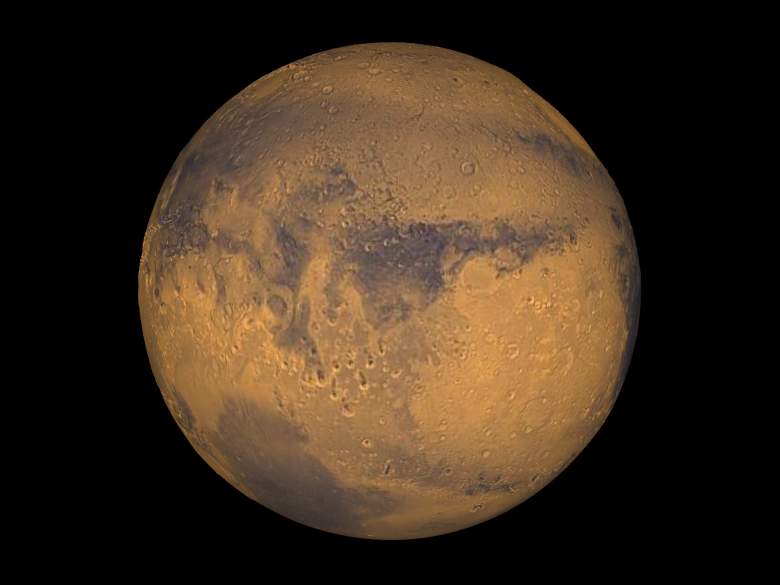 Salty water is flowing on the surface of Mars during its warmer summer months. (Getty)

The Google Doodle features a cute animated Mars planet that spins in circles while drinking a cold glass of water. According to Google’s Doodle page, this news is exciting Google because the watery brine that exists in Martian craters could be a solid first step toward one day finding life on Mars. Nate Swinehart drew this Google Doodle. You can see more of Nate’s work here.

2. Evidence of Flowing Liquid Water Was Found on Mars

This series of photos shows seasonal flows growing and expanding on the Martian surface. These flows are salty, liquid water. (NASA/JPL-Caltech/Univ. of Arizona)

We’ve long suspected that there was water on Mars, but it was never confirmed until NASA’s announcement to the world on Monday. Since 2011, scientists have suspected that dark streaks on Martian slopes, which appeared in the warm summer months, grew larger as the weather got warmer, and then disappeared when temperatures got colder, were actually flowing liquid water. Lujendra Ojha, who was only 21 at the time, was the first to make the discovery after viewing satellite images of Mars. He co-authored a paper on the hypothesis that was published in the prestigious journal Science, CNN reported back in 2011. But it took evaluating spectral evidence to confirm the presence of perchlorates, which are hydrated minerals that only form in the presence of liquid water. A paper that Ojha just co-authored for the European Planetary Science Congress explains all of this in more detail. 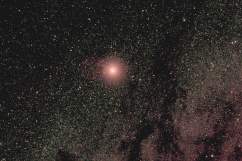 3. The Salty Water Could Help Us One Day Find Life on Mars 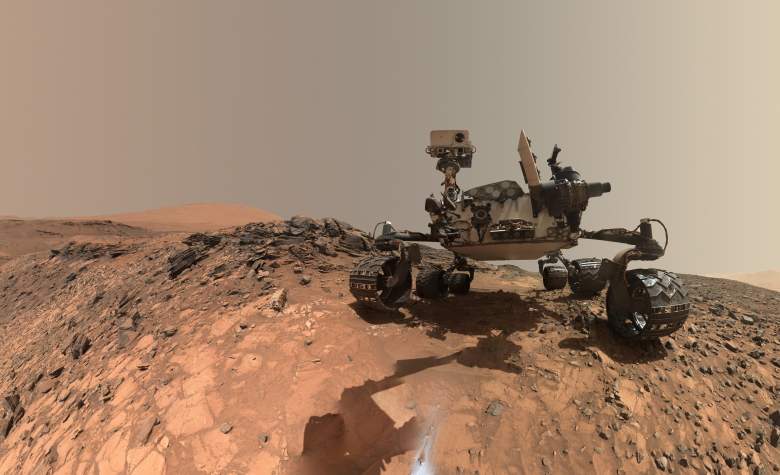 This is the Mars Curiosity Rover exploring the surface of the red planet. Because of sterilization issues, the rover won’t be able to search out possible water flows on Mars. (NASA)

NASA doesn’t yet know the exact origins of the salty water. Possibilities include melting ice, condensation from Mars’ atmosphere, or even discharges from salty aquifers, NASA shared during its press conference on Monday. The saltiness of the water plays a huge role in keeping the water from freezing in Mars’ cold temperatures. But the saltiness won’t necessarily preclude the possibility of life. During the press conference, experts announced that the water makes life on Mars a “concrete” question; it’s no longer an abstract theory.

What type of life might be found in these salty liquid waters? The best example from Earth can be found in the form of hardy microbes called extremeophiles. These can survive in inhospitable, salty conditions like hydrothermal vents. Consider the haloarchaea microbes in Antarctica, as described in this LiveScience article. The Deep Lake is so salty that it never freezes, but these microbes thrive there.

No all the experts who spoke at Monday’s press conference thought the briny water presented the best opportunities for life. One presenter said he would expect microbes to live closer to fresh water glaciers on Mars, which have yet to be confirmed. 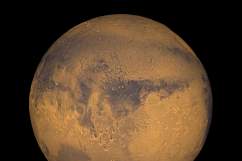 4. You Can View Satellite Images of Mars on Google Maps

The arrows in this photo point out dark, seasonal flows within the Palikir Crater on Mars. These flows are salty water on the surface of Mars. (NASA/JPL-Caltech/Univ. of Arizona)

If you want to view the Martian surface for yourself, Google Maps offers satellite views of Mars. Just go here to see the gorgeous planet and zoom in for a closer look. If you want to go straight to the craters that have shown evidence of water flows and have been studied, you can find them at the following links: Palikir crater, Horowitz crater, Hale crater, and Coprates Chasm.

5. On This Day in Previous Years, Google Celebrated Cervantes’ Birthday and Austria Elections for Its Doodle

Loading more stories
wpDiscuz
1
0
Would love your thoughts, please comment.x
()
x
| Reply
Today's Google Doodle celebrates water found on Mars. Learn more about the Google Doodle and how you can use Google to view satellite images of Mars' surface.