A gay senior in Memphis can’t bring a boy to homecoming because of a school policy. Lance Sanderson has started a petition on Change.org to draw attention to his cause. Officially his high school, Christian Brothers High School, has a policy that bans males from other schools from attending school dances.

The campus of the Christian Brothers High School. (Facebook)

WREG reports that Sanderson has been openly gay since his freshman year. He tells the station that he wants a change to school policy so he can bring who he wants to homecoming. Officially school policy states that students can take one and other or females from other school. WREG points out that “technically” he could take a boy from Christian Brothers High School, or go alone. The policy is easily accessible on the Christian Brothers High School website:

All current CBHS students are invited to attend this weekend’s semi-formal homecoming dance on Saturday, September 26th from 7:30 – 10:30 pm in Heffernan Hall. CBHS students may attend the dance by themselves, with other CBHS students, or with a girl from another school. For logistical reasons, boys from other schools may not attend. Tickets are on sale each morning this week in the 100 hallway.

The school is a private Catholic school in Memphis, Tennessee. The school’s principal is Chris Fay.

2. When Asked Why He Couldn’t Bring a Boy, a School Administrator Mentioned a Domestic Abuse Murder Between 2 Men in Texas

Sanderson told the Memphis Flyer that at the end of the 2015 school year he spoke to a school administrator who told him that it would be no problem to bring a boy to the homecoming. However, during the summer that administrator left the school. His replacement told Sanderson that he couldn’t bring a boy from another school because “He mentioned a [gay] couple in Texas and said I was a lot like this one person and said that the guy’s boyfriend murdered him. It was a little rough.” During the summer of 2015, a story out of San Antonio gained national attention when Bryan Canchola, 20, was accused of beating his boyfriend, Stephen Sylvester, 18, to death in an alcohol fueled rage.

3. The School Has Been Drilling Home Its Policies to Students Via Intercom

Sanderson told the Memphis Flyer that he’s been told it’s okay for him to go to the homecoming with a boy from his high school but that the administration at the school would “paint it as we’re just friends going together.” He added that the school’s policy has been read across the intercoms all week since Sanderson’s case began to get attention. The announcements have called the reasons of the policy “logistical.” Sanderson said “They didn’t want guys from our school getting into disagreements with guys from other schools.”

4. Sanderson Has His Own Photography Business

Nothing but hope in these eyes. pic.twitter.com/jOq832FhNS

According to his Facebook page, Sanderson has his own photography business, Next View Photography. He’s a native of Memphis. On his Twitter page, he refers to himself as “I travel, take photos, post videos, and talk to people.”

Just last May, Sanderson was the official photographer for his school’s senior prom. He posted photos of the event to his website. On his Twitter page, he constantly posts pictures of his school’s football, soccer and lacrosse teams and often writes about his school spirit. The majority of his other Twitter posts relate to various different gay rights causes. 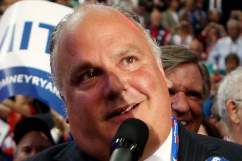 Read More
5 Fast Facts, Breaking News, LGBT
A gay senior at a private Catholic school in Memphis can't bring a boy to homecoming because of a school policy.