Read on for details on Mass tickets, NYC street closures, and the Mass schedule.

1. Tickets Are Not Being Sold

Tickets will not being sold to the event and are primarily distributed to parishes within the Archdiocese of New York. Tickets are extremely limited. Many received their tickets in lotteries that were held by their church parishes. Thirty-four archbishops, bishops, auxiliary bishops or bishops emeritus are said to be in attendance, according to USA Today. 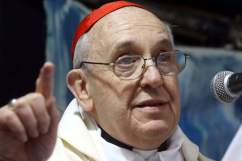 2. There Will Be Street Closures In Correspondence With the Pope’s Madison Square Garden Appearance

Throughout the day, there will be many traffic delays and roads closed in New York City in order to make way for Pope Francis. When it comes to the Papal Madison Square mass, these are the closures that will take place:

Click here for additional delays and re-routing for the Pope.

Mass will begin at 6:00 p.m. ET. For those attending the Mass, the doors open at 2:00 p.m. ET and those with tickets cannot enter the building later than 3:30 p.m. ET. The pre-event “The Archdiocese of New York in collaboration with The Archbishop Fulton Sheen Center for Thought and Culture presents Journey of Faith” starts at 3:00 p.m. ET. and will last two hours. The Sacrament of Reconciliation will also be offered prior to the Mass.

After the Mass ends, guests will have to stay seated for at least a half hour, until the Pope has left the building.

According to the NY Times:

The city received 93,143 ticket requests — 84,023 from people who completed an online form, the rest from callers to 311. A computer program then chose the recipients for 40,000 pairs of tickets.

The arena’s seating capacity will be about 20,000 for Pope Francis’ Mass.

5. This Mass Is Smaller Than Usual

Joseph Zwilling, a spokesman for the Archdiocese of New York, told the NY Times that this mass is smaller than it generally would be, explaining that:

The reality is, it’s smaller than we’ve had in the past. The Archdiocese of New York and the Archdiocese of Washington said, ‘We don’t want to do anything that would be too big because we want the main attention to remain on Philadelphia.’ 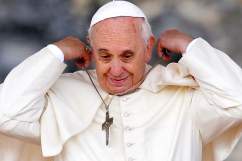 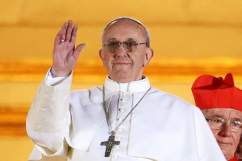 Read More
Pope Francis
How do you watch the Papal Mass at Madison Square Garden? Read on for details on Pope Francis' Mass, TV channel times, ticket info, and the Mass schedule.