Sun-staches entered the Shark Tank in Season 6 debuting their playful sunglasses. At the time, we interviewed founder David Levich on his unique concept. We also caught up with him in August, when he informed us that the company grew by a staggering 50 percent since the Tank. Just prior to his episode re-airing on Shark Tank Week, he traveled to China to work on production. We spoke to him again while he was away and he told us about…

New Developments, Including a Partnership With Pro Sports Leagues

We have expanded our consumer offerings and are currently in development for designs for Nintendo (Mario Brothers characters, Zelda characters, and Donkey Kong) as well as Hasbro (My Little Pony, and Transformers) , Pac-man, Pokemon, Sesame Street and many more top-tier licenses. We have also entered a partnership with a premium and highly respected sports licensing distributor to launch NFL, NBA, NHL, MLB and NCAA designs under our Game Shades By Sun-staches line that will be in stores and sporting arenas starting this coming season. In January we are planning to launch our long awaited kids like that will be age graded 3+ and will be ideal for children between 3-9 years of age. It will carry a lower price point and will be rolling out in retailers in 2016.

Daymond and his teams are always involved. In fact, after coming home from our current work trip, we plan on spending a few days with Daymond and his team in Los Angeles to work on business expansion and really try to better the weakest parts of our business.

Gearing Up for Halloween

We have shipped a lot of merchandise in anticipation for Halloween. Our biggest supporters for this Halloween season will definitely be Spirit Halloween stores and Party City stores. They will be carrying a large line of original and licensed Sun-staches and we are extremely excited to see how much consumers will support us. We genuinely feel that we give the best value to our customers. Our items are amazing for around $10.

It’s #NationalPinkDay! How could your outfit be complete without these babes? #SunStaches #Pink

Clearly our original mustache glasses are the strongest sellers, however as the Sun-staches brand has expanded to licensed products, sales for items such as Minions goggles and Batman designs have really been extremely strong. We are now getting into the sales cycle for our Marvel designs as well as other licenses and are very excited to see those designs going to retailers to be available on the market as soon as late this year. 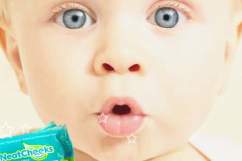