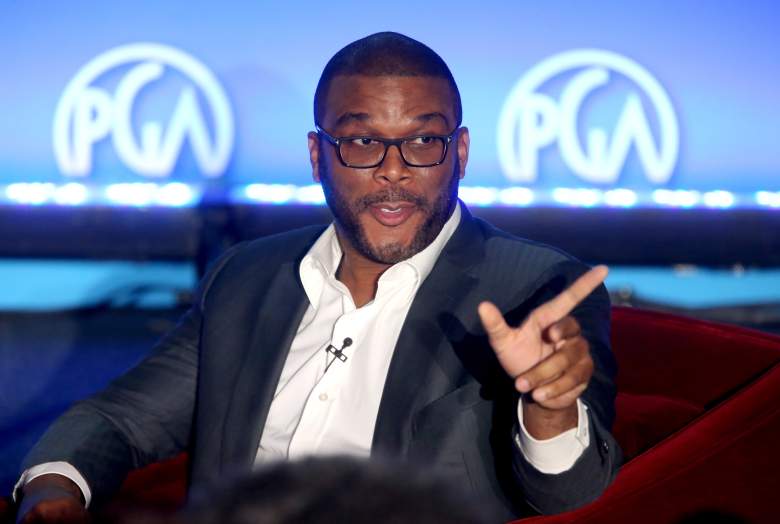 Holywood do-it-all man Tyler Perry is the latest guest star to take over the announcer’s chair on ‘Best Time Ever With Neil Patrick Harris.’ (Getty)

Tyler Perry can do it all.

Comedy, drama, romance. Acting, directing, writing. The multi-talented media mogul sees a challenge in front of him and he attacks it. Now, he’ll face a brand-new challenge, although this one doesn’t have anything to do with making hit moves.

Instead, Perry will serve as the latest guest announcer on Best Time Ever With Neil Patrick Harris. Although it’s unclear whether or not Perry’s most famous character, Madea, will also make an appearance on the live variety show, expect the Hollywood every-man to seize the moment on stage.

Best Time Ever With Neil Patrick Harris debuts at 10 p.m. on Tuesday night on NBC. Here’s what you need to know about Perry:

1. Perry Used Writing as Therapy to Combat a Troubled Childhood

Tyler Perry grew up in New Orleans, Louisiana and his childhood was far from easy. (Twitter)

Perry, who grew up in New Orleans, Louisiana, faced an incredibly difficult childhood, once saying his father’s “answer everything was to beat it out of you.” In fact, when he turned 16, Perry legally changed his name from Emmitt Perry Jr. to Tyler in an attempt to distance himself from his father.

While his relationship with his father was almost nonexistent, Perry was incredibly close to his mother, Willie Maxine, who brought him to church every week and helped shape his view on the world. However, that relationship took a serious hit when Perry discovered that his mother had lied about the identity of his biological father. It was not, in fact, Emmitt Perry, Sr.

Although Perry did not graduate high school, he earned his GED and used writing as a means to advance his future and to come to terms with his past. He began writing in his early 20s, using the therapeutic effects to find answers to the challenges in his life. The result was his first stage music, I Know I’ve Been Changed.

Bolstered by the success of his stage productions, Perry used the profit from ticket sales to fund his first movie, Diary of a Mad Black Woman. It was an unequivocal hit, grossing over $50 million domestically despite a lack of critical acclaim.

The film sparked a string of projects by Perry, who frequently starred in his own works as the character Madea, who has now taken on an almost iconic status.

Perry’s films are co-produced and distributed by Lions Gate, however he retains full copyright ownership under the name Very Perry Films. Almost all of the films have seen limited released outside North America and generate nearly all of their money within the United States. In 2011, Forbes named Perry the highest paid man in entertainment, earning approximately $130 million between 2010 and 2011.

In addition to writing, directing and producing his own films, Perry has also worked in a handful of films outside of his own studio. He most recently starred in the film Gone Girl, as Tanner Bolt, the lawyer working for Ben Affleck’s character.

3. In 2012 Perry Struck a Mulit-Year Partnership With Oprah Winfrey 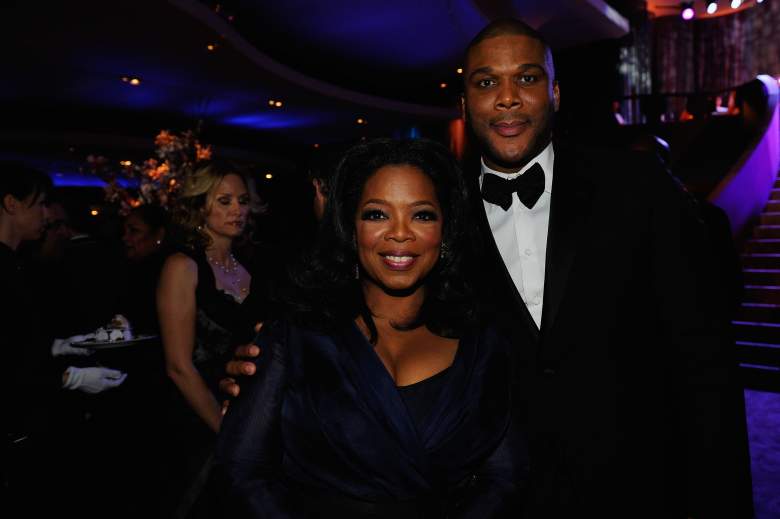 Tyler Perry and Oprah Winfrey have not only developed a friendship over the past few years but are also business partners as well. (Getty)

On October 2, 2012, Perry and Oprah Winfrey joined forces for a multi-year partnership, focusing mainly on bringing scripted television programs to her network, OWN.

Winfrey released a statement after the partnership was announced, saying:

I have been looking forward to the day when we would be in the position to enter the world of scripted television. That day has come. We are all energized by the opportunity to collaborate with Tyler who has a proven track record for producing highly successful cable series. He has an incredible ability to illuminate life stories and characters in his unique voice and inspires and encourages people all over the world.

The network also featured two other Perry-penned series, The Haves and Have Nots and Love Thy Neighbor. The first series, a soap opera/drama, set multiple records for viewership on OWN and on February, 4, 2014 the series came in as the most watched program in all of cable television.

My Father's Day surprise this morning. I had no idea the joy this little boy would bring and restore to my heart. pic.twitter.com/VzTiE6SPdC

Perry took on a brand-new challenge in September, 2014 when he announced that he and on-again, off-again girlfriend Gelila Bekele were expecting their first child together.

According to E! News, Perry told friends at his 45th birthday party that he and Bekele were expecting. “He said he had to start getting used to not getting a lot of sleep, because his life was about to change in a big way,” a guest told the network.

Bekele, who had been linked with Perry for several years, had previously worked as a model and activist.

It wasn’t long after word first broke that the pair were expecting, that it was announced that Aman Tyler Perry had been born. The baby boy was born on November 30.

5. He Lives & Works in Atlanta, Georgia 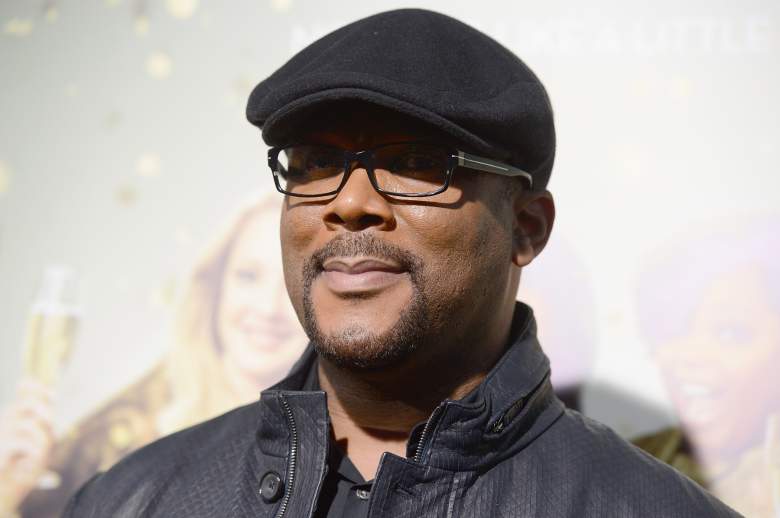 Tyler Perry owns several sections of land in and around the Atlanta metropolitan area, where he lives and works. (Getty)

Perry has built an entertainment empire and that empire needs a specific seat of power – in Atlanta, Georgia.

The multi-media mogul operates his TV studios in Southwest Atlanta and, in 2010, he bought Dean Gardens, a 58-acre estate in Johns Creek, Alabama. The $7.6 million property was sold in July 2010 and the on-property house reportedly took more than four years to build.

In 2015, Perry expanded his studios, adding the potential to not only film TV shows but also entire films, and creating up to 8,300 jobs in the area. The new studio reportedly could produce 10 to 20 movies at once, thanks to nearly 330 acres of brand-new land to work with. Perry purchased the area for $30 million.