An Amber Alert was issued for Wesley Hilaire after he disappeared at a beach in the Mission Bay area. Police said he may have been abducted. His body was found by divers
at about 10:10 a.m., 120 years off shore, Fox 5 reports.

1. He Was Visiting the Beach With His Aunt & Other Family Members

Wesley Hilaire, of Fiesta Island, was at the beach with his aunt and other family members, according to NBC San Diego.

“If anybody sees him, just take him from whoever he’s with,” Daniesha Hilaire, his mother, told NBC San Diego. “He was with my sister at the beach and I was at work and I got a text saying that they couldn’t find him at the beach.”

2. He Was Last Seen Near the Edge of the Water

Police said Wesley was last seen near the edge of the water. His family realized he was missing, and a witness told investigators that they saw him being walked away by an unknown man.

It’s not yet clear if Wesley was actually abducted.

3. His Father Is in the Military & Recently Deployed

Wesley’s father, Wesnel, is in the Navy and is currently on the U.S.S. George Washington, which is en route to Japan, Daniesha Hilaire told KGTV.

4. Crews Have Been Searching for Wesley for Several Hours

Crews searched through the night for Wesley at the beach area. Police departments around the region were alerted to be on the lookout for Wesley.

Lifeguards returned to the water Sunday morning, as soon as it was light again, to continue looking for Wesley. They then found Wesley during that search.

5. His Family Has Also Been Aiding in the Search

Wesley’s family was at the beach throughout the night, passing out flyers and helping emergency crews search for the boy. 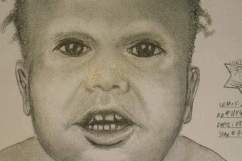 Loading more stories
wpDiscuz
0
0
Would love your thoughts, please comment.x
()
x
| Reply
A 4-year-old boy who was reported missing in San Diego, California, has been found dead, police say. An Amber Alert had been issued.