What year did the 9/11 attacks occur? The infamous September 11th terrorist attacks happened in 2001 and a year later, the day was declared Patriot Day in honor of the thousands who lost their lives on that day. On the morning of September 11, 2001, there was a series of a series of four coordinated terrorist attacks by the Islamic terrorist group al-Qaeda on the United States on the morning of Tuesday, September 11, 2001. Four airplanes departing from the east coast of the U.S., which were California-bound, were hijacked by 19 al-Qaeda terrorists. Their missions were to fly into landmarks of our nation. American Airlines Flight 11 and United Airlines Flight 175 crashed into the twin towers of the World Trade Center in New York City. Both towers collapsed. American Airlines Flight 77 crashed into the Pentagon in Virginia, while United Airlines Flight 93 had a different fate. It was supposed to crash in Washington, D.C., but ended up crashing in a field in Pennsylvania when its passengers tried to overcome its hijackers. This day resulted in the loss of 2,996 lives (including the plane hijackers). Damages totaled more than $10 billion.

September 11th was declared Patriot Day a year after the attacks. Patriot Day is a national day of mourning though it is not a federal holiday. In turn, a moment of silence is observed for those who died and that begins at 8:46 a.m. ET in order to correspond with the attacks. At 8:46 a.m. on September 11, 2001 is when the first plane hit the north tower of the World Trade Center. The American flag is also flown at half-staff at the White House as well as all U.S. government buildings across the world. Many citizens hang flags at their individual homes to pay tribute to our fallen fellow Americans. 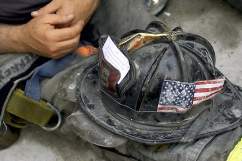 Loading more stories
wpDiscuz
4
0
Would love your thoughts, please comment.x
()
x
| Reply
What are the facts surrounding 9/11? When and what year were the September 11th attacks? Read on for the details.