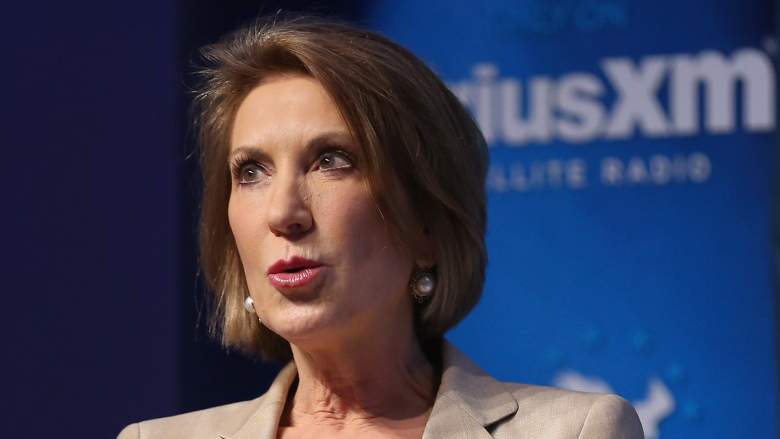 At tonight’s Republican Presidential Debate in Boulder, Colorado, the candidates were asked what their weaknesses were and Carly Fiorina joked that she heard she didn’t smile enough at the previous debate. When Fiorina laughed and tried to smile, it was quite apparent that part of her face was not moving and there were no visible wrinkles on her forehead. So, what’s the deal? Does Fiorina get plastic surgery?

If anything, Fiorina most likely gets botox injections in her face.

Previously, Donald Trump criticized her face (before later saying that she’s quite beautiful) and stated:

Look at that face! Would anyone vote for that? Can you imagine that, the face of our next president?! I mean, she’s a woman, and I’m not s’posedta say bad things, but really, folks, come on. Are we serious?

My face is NOT ugly, Donald Trump! Maybe, just maybe, I’m getting under his skin a little bit because I am climbing in the polls.

For more news on Fiorina:

Read More
Carly Fiorina, Politics
Follow Heavy ↓
wpDiscuz
2
0
Would love your thoughts, please comment.x
()
x
| Reply
Does Carly Fiorina get botox? Did she get plastic surgery on her face?