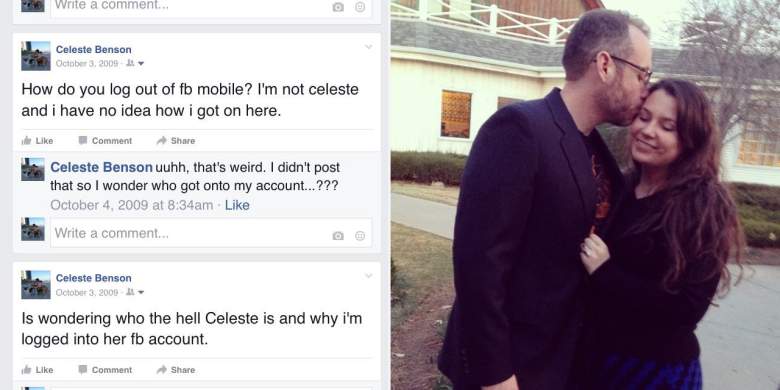 A Facebook mobile glitch logged Schuler Benson into a stranger’s Facebook account one random day in 2009. The logout button mysteriously disappeared, leaving him stuck in the account for a week. That was all it took for a friendship to start developing between Schuler and Celeste Zendler (now Celeste Benson). Over the years, that friendship grew deeper and just this year, the two were married. All thanks to a crazy Facebook glitch.

Schuler had no idea what was going on when he realized he was posting on a stranger’s Facebook. This first photo is a screenshot taken back in 2009. (Facebook)

In 2009, Schuler opened his flip-phone and went to Facebook.com. The browser automatically logged him in, but it didn’t take him long to realize that something fishy was happening. After making several status updates, he realized he was logged in as someone named Celeste Zendler. Celeste lived in Boulder, Colorado and Schuler was in Arkansas. She and Schuler didn’t have any mutual friends, they had no shared Facebook interests, and they had never met. To this day, they have no idea how the glitch happened.

The confusion continued, as Schuler and Celeste talked back and forth under Celeste’s account. The rest of the photos have Celeste’s name as her married name, Celeste Benson, because the screenshots of their 2009 posts were just taken for this story. (Facebook)

Finally, Celeste sent Schuler a friend request on a whim, just to see if that would help. It worked! The glitch was fixed and Schuler was finally able to log out and get back to his own account.

3. She Was Going to Delete Him, But They Had A Lot in Common

Celeste intended to delete Schuler after a couple weeks, but his status updates were so funny that she decided to keep him around. (Facebook)

Celeste told Heavy.com that she had originally intended to just add him for a couple weeks in order to make sure the glitch was fixed, and then delete him. But her plans changed as she got to know him.

“I never did (delete him) because I enjoyed his status updates,” she said. “He would post such funny stuff that I liked having him in my feed. We commented here and there on each other’s statuses and that is how we got to know one another.”

Over time, the friendship grew. “It literally took years to go from Facebook friends to a romantic relationship,” Celeste explained. They gradually became close, but Celeste was in a serious relationship up until 2012. In 2013, she and Schuler decided to start dating. And the sparks were flying.

Schuler Benson proposed to Celeste on the same place they met. (Facebook)

On June 11, 2014, Schuler logged into Celeste’s Facebook account for the second time — but this time on purpose. He couldn’t take her to a physical place where they first met, since they had met on Facebook. So he was logging into her account to take her back to where they first met. He “hacked” into her Facebook account and posted an incredibly sweet proposal. Later, she picked up her phone to check her Facebook and his post was the first thing she saw.

“He was waiting for me to check my Facebook and had the ring in hand,” she said.

Of course, she said yes.  And then she posted on her Facebook:

5. Schuler and Celeste Were Married This Year

Celeste and Schuler Benson were married this year. They still are in awe of how unlikely it was that they would even meet, and now they’re married! (Facebook)

Schuler and Celeste were married on June 21, 2015. Against all odds, they found each other. As Schuler said in his proposal post: “In the fall of 2009, Facebook already had over 175 million users. Rounding down, the odds of us connecting were less than 1 in 175,000,000. Statistically speaking, you’re about 300 times more likely to be struck by lightning. You’re more likely to be bitten by a shark… on land. And you’re about as likely to win the Powerball Jackpot… with the exact same numbers as someone else.”

Celeste and Schuler think they are the luckiest people in the world. As Celeste said:

We both still have moments where we are like, ‘Is this real life?? How did we get so lucky!!’ 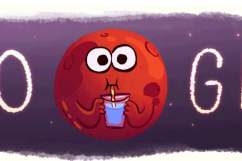