One male student has been killed at the prestigious Cults Academy in Scotland. The incident happened during lunchtime on the afternoon of October 28 at the school in the granite city of Aberdeen.

1. The Local Police Aren’t Saying Much

PICTURE UPDATE: The scene at #Cults Academy this afternoon after one person taken to hospital after incident. pic.twitter.com/Q6wkZuDtPj

The Aberdeen Press and Journal reports that police were called to the school at 1:30 p.m. GMT. In a statement, the Aberdeen City Council said “We are aware of a serious incident at Cults Academy. Police are on site. Due to the nature of this incident we will not be issuing further comment.”

2. The Suspect Is Also a Student

Enquiries into the circumstances of the incident at Cults Academy are ongoing and officers will remain at the scene for the time being.

3. Parents of Students Have Amassed at the School

An extensive investigation is underway & a 16-year-old male has been detained in relation to the incident & is assisting us with enquiries.

Concerned parents have arrived at the school but are not being allowed to enter the premises. Scottish Television reports that the victim is a native of the Mayculter area of Aberdeen.

4. The School Is the Largest in Scotland

The school was Scotland’s school of the year in 2008 as voted for by the Sunday Times newspaper. It is the largest state school in the country. In the BBC report on the stabbing, the area of Cults is referred to as “as one of Aberdeen’s more affluent suburbs.” The school is the alma-mater of Scottish soccer players Darren Ferguson and Shaun Maloney, as well as former Scotland rugby captain Jason White.

5. Scotland Played Host to the Worst School Attack in the UK’s History

Scotland played host to the worst school attack in the history of the United Kingdom. In March 1996, Thomas Hamilton walked into the Dunblane Primary School and killed sixteen children and one teacher before committing suicide. 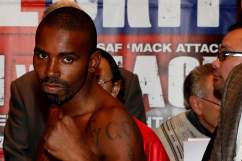