The student in custody in relation to the killing of Bailey Gwynne has been named as fellow 16-year-old Daniel Stroud. He’s also a student at Cults Academy where the killing took place at lunchtime on October 28 in Aberdeen. The school is among the most prestigious in Scotland and is located in one of the city’s most affluent suburbs. It was immediately locked down after the attack with parents assembling en masse at the school.

1. Gwynne Was Going to a ‘Prearranged Fight’ When He Was Stabbed

The Daily Mirror reports that Bailey Gwynne had been heading to a prearranged fight when he was killed. The weapon used was a pen knife. A witness told the Daily Record that she saw Gwynne say his final word before he passed out, the word was “Stabbed.” Another friend told the Mirror “I’ve been at this school four years and I have just seen or heard about two fights.”

A Facebook page for Stroud doesn’t show any personal information. 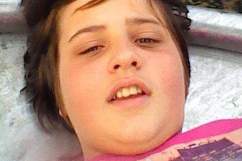 2. The Suspect Had Been Teased About His Weight

The Daily Telegraph reports that the suspect in the stabbing had been teased by Gwynne because of his weight.

The newspaper was quoting students who had witnessed the altercation between the two in a part of the school known as “The Street.”

3. Gwynne Had Aspired to Become a Marine

Enquiries into the circumstances of the incident at Cults Academy are ongoing and officers will remain at the scene for the time being.

Gwynne was taken to the Royal Aberdeen Infirmary with “serious injuries.” It was later confirmed that he had died. Sky News reports that the suspect is also a student. The Daily Mirror reports that Gwynne had aspired to become a Royal Marine.

He is a 16-year-old student. The network adds that the suspect is co-operating with police. STV reports that that suspect will appear in court on October 30.

PICTURE UPDATE: The scene at #Cults Academy this afternoon after one person taken to hospital after incident. pic.twitter.com/Q6wkZuDtPj

The Aberdeen Press and Journal reports that police were called to the school at 1:30 p.m. GMT. In a statement, the Aberdeen City Council said “We are aware of a serious incident at Cults Academy. Police are on site. Due to the nature of this incident we will not be issuing further comment.”

Rest in Peace, Bailey Gwynne. You will be missed.

Friends, fellow students and even those who have no connection to Gwynne have taken to Twitter to express their condolences and outrage of the attack.

Thoughts and prayers go out to family and friends of Bailey Gwynne can never get my head around stuff like this ?

Our thoughts and prayers are with Bailey Gwynne's family and friends and for all the pupils at Cults Academy.

One friend, Jae Barclay, wrote a tribute to his friend on Facebook saying “Absolutely terrible what happened today, no one deserves that to happen to them. Such a kind boy who never caused any harm to no one. Thoughts go out to family and friends. Rip man.”

4. The School Is the Largest in Scotland

The school was Scotland’s school of the year in 2008 as voted for by the Sunday Times newspaper. It is the largest state school in the country. In the BBC report on the stabbing, the area of Cults is referred to as “as one of Aberdeen’s more affluent suburbs.” The school is the alma-mater of Scottish soccer players Darren Ferguson and Shaun Maloney, as well as former Scotland rugby captain Jason White.

The Daily Mirror report on the stabbing reads “its reputation is so good, families have been moving to the area in the west of the city so they can live in its catchment area.”

5. Scotland Played Host to the Worst School Attack in the UK’s History

Scotland played host to the worst school attack in the history of the United Kingdom. In March 1996, Thomas Hamilton walked into the Dunblane Primary School and killed sixteen children and one teacher before committing suicide.