The U.S. Coast Guard says a missing U.S.-flagged cargo ship that was lost in the Atlantic Ocean while navigating through the Category 4 Hurricane Joaquin is believed to have sunk, NBC News reports.

A crew of 28 Americans and five Polish nationals were on the container ship El Faro, which left Jacksonville, Florida, for Puerto Rico on Tuesday, CNN reports. It’s last known position was off the Bahamas.

One body has been found during the search, the Coast Guard says.

1. The Search for Survivors Will Continue

The Coast Guard said at a Monday morning press conference that search crews are now trying to find survivors.

“We’re not going to discount somebody’s will to survive,” a Coast Guard spokesman said at the press conference. He said if the crew did abandon ship, they would have done so into a Category 4 hurricane, with very challenging conditions.

Searchers found the El Faro’s life ring and other objects in the water Sunday morning, the U.S. Coast Guard said in a press release.

“Life jackets, life rings, containers and an oil sheen have been located by Coast Guard aircrews,” the press release said. The objects were found about 75 miles northeast of the ship’s last position by a Coast Guard helicopter.

“It validates our search efforts and while we are disappointed we did not find the ship today we are hopeful,” Coast Guard spokeswoman Marilyn Fajardo told CNN. “Tomorrow, we will have three C-130s flying and the Navy will be assisting again with a P-8 aircraft.”

Some of the names of crew members and information about them has emerged. You can read about them at the link below:

2. The El Faro Is Owned by an American Shipping Company

Michael Davidson is the captain of the El Faro, a cargo ship that went missing in the Atlantic Ocean during Hurricane Joaquin. (Tote Inc. handout photo)

On September 29, the El Faro, one of TOTE Maritime Puerto Rico’s two ships departed Jacksonville en-route to San Juan Puerto Rico. At the time of the El Faro’s departure, the vessel’s officers and crew were monitoring what was then Tropical Storm Joaquin. As of 720am EST on Thursday October 1, TOTE Maritime Puerto Rico lost all communication with the El Faro. The US Coast Guard was immediately notified and since then we have been unable to reestablish communication. There are a number of possible reasons for the loss of communications among them the increasing severity of Hurricane Joaquin.

TOTE Maritime Puerto Rico’s primary concern is for the safety and well-being of the 33 individuals on board. We are working to ensure clear and frequent communications with their families and loved ones as we learn more.

We have reached out to the families of those impacted and have established open lines of communication to provide them with timely updates. Our thoughts and prayers are with the individuals and their families.

3. The Captain Was Called a ‘Good Sailor’ by a Friend

The ship’s captain is Michael Davidson, 53, of Windham, Maine. His friend, Nick Mavodones, told WCSH-TV that Davidson is a good, and experienced, sailor.

“He, I’m sure, was very mindful of a variety of things before he got underway — all safety-related and weather-related,” said Mavodones. “I knew he sailed deep sea — I didn’t know he was on that route. But any time you hear somebody you know is in that type of circumstance, it startles you a bit and you hope and pray the best for them.”

Mavodones told the news station, “”Any time you’re a mariner, you want to exercise prudence operating a vessel, and I’m sure he was doing that earlier this week when got underway from Jacksonville. He’s been sailing these ships for many years and is very experienced, and I think, a very good sailor.”

Along with the captain, other crew members have been identified by family and friends. They include: Danielle Randolph, 34, of Rockland, Maine; Dylan Meklin, 23, of Rockland, Maine; Michael Holland, 25, of Wilton, Maine; Frank Hamm, of Jacksonville, Florida; Keith Griffin, 33, of Winthrop, Massachusetts; Jeremy Riehm, 46,of Bokeelia, Florida; Steven Shultz, 51, of Cape Coral, Florida; Mariette Wright, 51, of Massachusetts; and Shaun Riviera. 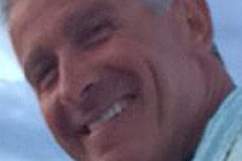 4. The Families of Missing Crew Members Are Asking Why It Headed Into the Storm

Family members of the missing crew are asking why the El Faro headed out into the powerful Hurricane Joaquin. The ship’s owners held an emotional meeting with the families in Florida.

TOTE Services President Phil Greene told CNN, “The captain knew the conditions and communicated back to our headquarters. The conditions were, as he saw them then, favorable. He was very confident the ship was doing well, the crew was quite up to date. I think the most critical importance for us is that we share as much information as we have, that we’re upfront about the situations as we possibly can be.”

The ship set out from Jacksonville, Florida, on a trip to Puerto Rico last Tuesday. It’s last reported position was near the Bahamas. Captain Michael Davidson sent a satellite distress message from the ship, reporting that it was taking on water and at a 15-degree list, the Coast Guard said. That was the last time the ship was heard from.

5. The Coast Guard Has Planes & Ships Searching for the El Faro

According to a press release from the Coast Guard, there are two HC-130 Hercules airplanes, three Coast Guard cutters and a MH-60 Jayhawk helicopter taking part in the search.

The Coast Guard has been joined by the U.S. Air Force and Navy in the search.

“Sea and weather conditions during today’s search include one-foot seas and 15 knots winds with unrestricted visibility,” the Coast Guard says.