Lilly Garcia, 4, was killed in a road rage shooting in New Mexico. (GoFundMe)

A 4-year-old girl in her family’s pickup truck was gunned down in a road rage shooting in Albuquerque, New Mexico, police say.

Illiana Rose Rael Garcia, who was called Lilly, was identified as the victim by her family.

After a lengthy search, police said they identified the shooter as 32-year-old Tony Torrez. He was arrested Wednesday night on several charges, including murder, police said.

“We are grateful to everyone who helped us ensure justice for little Lilly,” police said.

1. The Car Pulled Alongside the Family’s Truck & the Driver Opened Fire

Police do not believe the family knew the gunman. Lilly Garcia’s father, Alan Garcia, told police it was a road rage incident.

“From what we understand, the cars were both moving. One car pulled up next to the other car and started firing rounds into that vehicle,” Officer Simon Drobik told KOAT.

The shooting happened at about 3 p.m., police said. The girl’s 7-year-old brother and their mother, Veronica, were also in the car.

Her mother told the Albuquerque Journal Lilly turned 4 in September and had just started pre-school. 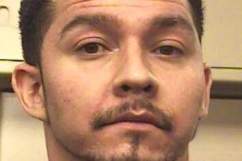 2. An Off-Duty Police Officer Stopped to Help the Family After the Shooting

Chief Eden: " We need to rise up as a community and say enough is enough"

After the shooting, the family pulled off to the side of the road. An off-duty deputy sheriff from Bernadillo County stopped to help.

Police said the deputy thought the girl had fallen out of the car, but then realized she had been shot. Lilly was rushed to the hospital, but was pronounced dead there.

“I’ve seen tragic loss of children in car crashes. To me, this is one of those crimes that is unexplainable. There is no way to explain your way out of this,” Chief Gorden Eden told KOAT.

“We’re starting to see this throughout our nation,” he told reporters. “And this is something that should not be happening in Albuquerque, New Mexico., let alone anywhere else in the United States.”

3. Police Say the Suspect Confessed to the Shooting

The suspect in the shooting, Tony Torrez, confessed he was responsible, police said in a press release.

Torrez was charged with murder, aggravated battery with a deadly weapon, assault with the intent to commit a violent felony, shooting at or from a motor vehicle, child abuse, child abuse resulting in death and tampering with evidence, police said.

Police said Torrez was driving was a “sportier model” Toyota with a spoiler on the trunk and tinted windows. It had a gray University of New Mexico license plate with the Lobo logo on the left side, and possibly contains the digits “200.”

4. Police Were ‘Begging’ for Information & Offered a Reward

Albuquerque Police Chief Gorden Eden told reporters that they are looking for help in finding the suspect.

“We are in desperate need of information,” Eden said, according to KOAT-TV. “Whatever information you have. Even if you think you saw something, please call 505-242-COPS. People had to have seen that. They had to have seen other vehicles in the area so we’re just begging the community, step forward. Let’s help this family.”

A $1,000 reward has been offered by CrimeStoppers, and the city is offering a $10,000 reward, according to the Albuquerque Journal.

“It really tears at you when an innocent child is harmed or loses her life,” Mayor Richard Berry told the newspaper. “The community can pray and keep the family in their thoughts and prayers. We need to send a strong message that were not putting up with this and the $10,000 sends a strong message.”

5. A GoFundMe Account Has Been Set Up to Help Pay for Lilly’s Funeral

A GoFundMe account has been started to help raise money for Lilly Garcia’s funeral.

Her mother said in a message posted to the page by her cousin:

Most of you know my precious Lilly was taken from us today. I ask all of you is to please share the news stories and if anyone has information on what happen today, please contact APD. I need to catch the individual who took my baby from me, her Dad and her brother. I beg you, please please please share. Thank you to everyone who has reached out to me and Alan Garcia. Thank you for all your prayers. We both appreciate it, thank you…..Roni

Her cousin, Patty Romero, who started the page, added, “Your help, comfort and compassion during this most difficult time is greatly appreciated, please keep them all in your prayers.”