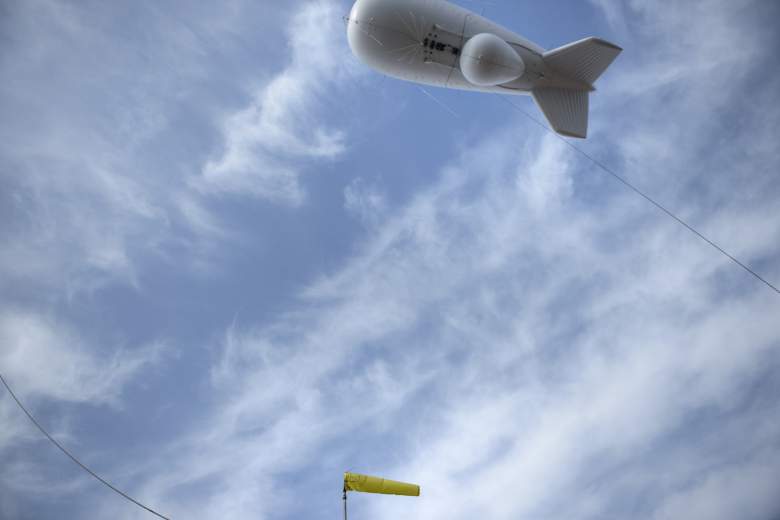 A wind sock is seen as an aerostat is deployed February 4, 2015 at the Aberdeen Proving Ground in Maryland. This is where the blimp escaped from, as part of JLENS. (Getty)

A blimp escaped today from the Joint Land Attack Cruise Missile Defense Elevated Netted Sensor System (JLENS). As it dragged a tether behind it, the blimp took out power in Pennsylvania neighborhoods along its way. JLENS is an aerial detection program that was designed to track everything from cruise missiles to aircraft, boats, and ground vehicles. However, it’s been recently revealed that the system is defective. The blimp is now down, WBAL reported, but this isn’t even the first time a blimp escaped from JLENS.

1. JLENS Is Supposed to Provide Protection From Airborne Threats

JLENS is designed by Raytheon to be a “blimpe-borne radar system,” according to Raytheon’s website. The system consists of two blimps, also called aerstats, that carry powerful radar to survey an area about the size of Texas. The airships are tethered to the ground, 10,000 feet in the air and about four miles apart. The system is designed to detect and track objects such as aircraft and missiles from up to 340 miles away. According to Raytheon, the system can also integrate with other defensive systems, such as air-to-air missiles and Patriot missiles. The system can stay operational for 30 days at a time.

This system was part of a three-year test. One blimp had radar that scans a 340-mile radius, while the other blimp carries radar-enabling controllers to help pinpoint targets, WBAL reported. The blimp was tethered in the Aberdeen Proving Ground in Maryland before it broke loose.

2. JLENS Has Been Nicknamed a ‘Zombie’ Program Because It’s Ineffective And Impossible to Kill 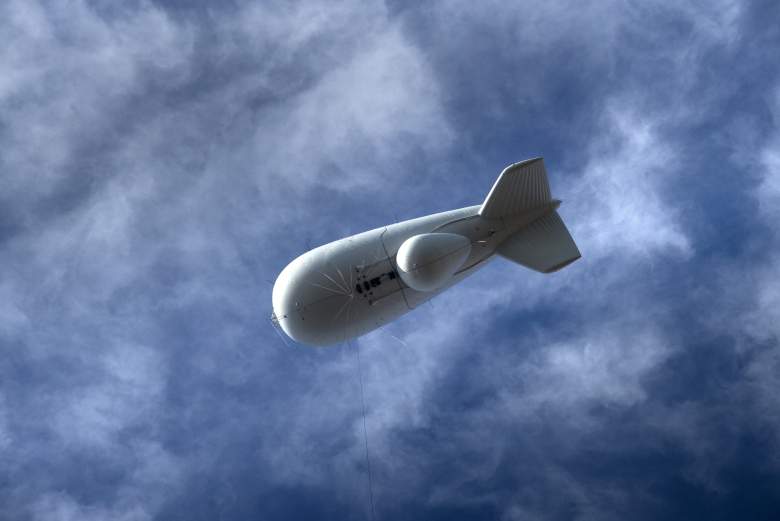 This is the type of blimp that escaped from JLENS. (Getty)

JLENS has struggled with issues since it was created. In fact, The Baltimore Sun reported that the system is an example of what defense officials call a “zombie” program: it doesn’t work, it’s costly, and it’s nearly impossible to kill. For example, in 2014, the program did not detect a postal worker who flew a gyrocopter onto the Capitol lawn, The Atlantic reported. That is the type of incident that the system is supposed to be able to quickly notice.

3. The Program Has Been Troubled With Software Issues and Weather Vulnerability

JLENS is designed to provide protection from threats, but it doesn’t always work so well. (Wikimedia Commons)

JLENS’ problems include having defective software and being vulnerable to bad weather, according to The Atlantic. For example, software glitches have hurt the system’s ability to communicate with air-defense networks, according to The Baltimore Sun. Bad weather and combat can also down the blimps.

The system is also notoriously not nearly as reliable as advertised. Problems include not being able to detect friendly aircraft from threatening aircraft, Business Insider reported. The system also can’t provide continuous surveillance for 30 days.

4. The Blimp That Escaped Was Worth About $175 Million

BLIMP DOWN: State Police report #blimp is down in Montour county near Muncy. We got this photo from viewer there. pic.twitter.com/9vXuAwJA1Z

The blimp that escaped was worth about $175 million, The Atlantic reported. By the end of 2014, the entire program had cost the federal government about $2.8 billion, Business Insider reported. Despite the massive initial cost, the government invested in the program to save money in the long run because the system costs less to operate than a fleet of aircraft that do the same thing.

Because a tether table was attached to the blimp as it floated away, the blimp took out power lines in Bloomsburg, Pennsylvania, causing outages and nearby classes to be canceled, WBAL reported. Two F-16 fighter jets were scrambled to monitor the blimp. It floated at approximately 16,000 feet in the air until it was taken down.

5. This May Not be the First Time a JLENS Blimp Escaped

Here is the #blimp well part of it…in a tree near Muncy @WNEP pic.twitter.com/epkaSuFsxj

This may not be the first time a JLENS blimp has escaped. A series of WikiLeaks documents (which you can see here) document JLENS blimps escaping in other countries and in war zones. For example, an Iraqi war log titled “JLENS Destroyed,” states that a tether broke because of high wind and the balloon imploded. 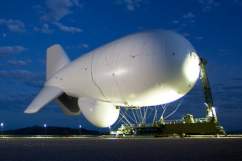 Blimp on the Loose: The Tweets & Reactions You Need to See

Read More
5 Fast Facts, Breaking News
The blimp that escaped is part of a JLENS program that is supposed to provide surveillance to protect against missile attacks. The program is defective.