A DePaul University student is accused of sexually assaulting a mentally disabled female student in Illinois. The suspect is 19-year-old sophomore Joseph Annel, a native of the Chicago area, where DePaul University is located. The incident occurred when Annel invited the 22-year-old victim into his room on campus to watch a movie on the afternoon of October 23.

1. The Victim Has the Mental Capacity of a 10-Year-Old

The victim despite being 22 only as the mental capacity of a 10-year-old, reports ABC Chicago. That station says that she and Annel lived in the same student housing complex but on different floors. After inviting her into his room, Cook County Assistant State’s Attorney Jennifer Keating said Annel “told her she was cute and put his arm around her.” After that he “undressed himself” and began sexually assaulting her.

The Chicago Tribune reports that the victim told her student life co-ordinator immediately after the alleged attack. She was able to provide that person with Annel’s room number and then later positively identified him. When officers arrived at the school, the suspect allegedly lied and said he was mentally disabled and part of the same program as the victim, according to the Tribune.

3. Annel Told Officers He ‘Thought [the Victim] Was Kind of Slow Because of Her Speech’

According to attorney Keating, Annel said that he had seen the victim around and “thought she was kind of slow because of her speech.” She says that he then admitted to touching her. The Chicago Tribune reports that the victim cannot give consent due to her mental state. That paper says that in court, Annel was ordered not to have any contact with the victim or go to the housing facility on Fullerton Avenue. His bond has been set at $50,000. The suspect’s parents were present in court.

4. The Victim Was Part of a Program That ‘Is Designed to Meet the Transitional Needs for Young Adults With Learning Disabilities’

The victim was part of a program that “is designed to meet the transitional needs for young adults with learning disabilities,” reports ABC Chicago. It’s run by the National Louis University, a non-profit American university.

Speaking to ABC Chicago, the victim’s mother said “I was pretty shocked by it. People who would prey on the developmentally disabled. It’s shocking…she’s doing fine. She’s getting through it.”

5. Annel Attended a Draconian High School That Randomly Tested Students for Alcohol Use

According to his Facebook page, Annel is part of the class of 2018 at DePaul. Previously, he attended Saint Viator High School in Arlington Heights, Illinois, a Chicago suburb. In October 2013, that school was in the new when CBS Chicago reported that officials had begun randomly testing students for alcohol, having implemented drug testing a few years previously. The ACLU was outraged by the testing with spokesman Ed Yohnka telling the Chicago Tribune at the time “We have a mechanism for controlling the behavior of young people outside school — they’re called parents.” 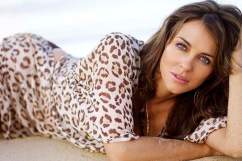