Kevin Sloniker, is charged with rape and lewd conduct involving two underage boys and is a suspect in the sexual abuse of at least eight other boys. (Handout/ Kootenai County Jail)

A former counselor at a church-run Idaho camp has been accused of molesting at least nine boys over the course of a decade.

Kevin Sloniker was a counselor at the Immaculate Conception Church camp in Post Falls, Idaho. He has been charged with rape and lewd conduct involving two underage boys and is a suspect in the sexual assault of at least eight other boys, according to the Spokesman-Review.

Sloniker, a truck driver, is being held in the Kootenai County Jail on $1 million bail.

Here’s what you need to know about Sloniker:

1. He Is Accused of Taking the Boys Across State Borders & May Face Federal Charges

Sloniker is accused of molesting several boys & raping one over the last decade. Got to know victims thru PF church. pic.twitter.com/2XDaGW0kJ9

Sloniker, 30, says he fondled nine boys, had oral sex with some of them and raped one boy. He also told police he wants help with his addiction for sexually abusing young boys, according to Raw Story.

Sloniker is accused of taking some of the boys on trips around the Western United States, and the assaults may have occurred in states other than Idaho, where the church retreat camp is located.

2. He Befriended the Boys at the Camp, but Some of the Alleged Abuse Took Place in the Victims’ Homes

Kevin Sloniker, a former camp counselor admits to fondling young boy and says he has an addiction. (screengrab from KXLY News)

Some of the alleged abuse occurred at Sloniker’s parents’ home in Latah, Washington, south of Spokane, and other incidents happened when he took the boys in the road in the Western U.S., according to court records.

One alleged victim told a detective Sloniker took him on a long trip in his truck through seven Western states when he was a young teenager and Sloniker sexually assaulted him multiple times.

Another victim told police he spent a summer at Sloniker’s family farm at about the age of 12 and Sloniker would whip him and sexually abuse him nightly.

Witnesses reportedly told investigators that Sloniker moved into one of the victim’s homes and has repeatedly raped and sexually abused the boy over six years. Sloniker also allegedly pressured the boy to bring two cousins home so he could molest them also, investigators said.

It was also reported that Sloniker lived with some of the families of other victims as well.

3. He Tried to Circumcise Himself When He Was in Seminary School

Father Paul Vassal, a priest at Immaculate Conception Church, said in an interview that in 2005 Sloniker was removed from the seminary program and considered mentally unstable after he tried to circumcise himself, according to The Spokesman-Review.

4. Priests Were Warned About Sloniker’s Behavior but Did Not Take Action

Father Patrick Crane, who is now with Our Lady of Sorrows Church in Phoenix, says he never had a problem with Sloniker while he worked for the Immaculate Conception camp from 2003 to 2006.

However, some parents and victims say they did report concerns to Father Crane.

5. The Church Is Part of the Anti-Semitic Society of Saint Pius X 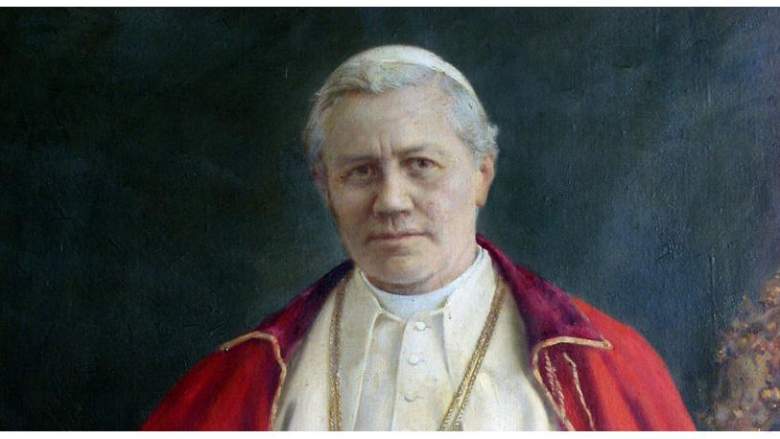 Pope Pius, the patron saint of the Society of Saint Pius X. This group is known for having anti-Semitic views. (Facebook)

The Society of Saint Pius X is known for being very conservative and was formed in reaction to the church’s modernization in the 1960s. Now with about half a million members, the Mass is conducted in Latin, with the priest’s back to the congregation and many Saint Pius X officials and followers are outspoken anti-Semites — although they prefer to describe themselves as opponents of “Jewish naturalism,” according to Raw Story.

One of the leaders of the Society of Saint Pius X, Bernard Fellay, said Jewish people are “enemies of the Church,” during a talk at a church in Canada.

The Society has no canonical standing in the Roman Catholic Church.