Democratic presidential candidate and former Rhode Island governor Lincoln Chafee is worth at least $38 million, according to his campaign financial disclosure.

Chafee, who was also a U.S. Senator, comes from a long line of Ocean State politicians. His father and grandfather were both also governors of his home state. Stephanie Chafee also comes from a powerful family, which founded the Rhode Island School of Design and has been heavily involved in education and philanthropy.

Here’s what you need to know about Chafee’s net worth:

1. Most of His Family’s Wealth Is in a Trust Owned by His Wife

Stephanie Chafee and her children watch her husband, Lincoln, speak in 2006. (Getty)

According to his campaign financial disclosure, most of the Chafees wealth is in a trust owned by his wife, which is worth at least $19 million.

Chafee owns more stock in Hewlett-Packard than its former CEO and his fellow presidential candidate, Carly Fiorina, according to Bloomberg.

Fiorina and her husband, Frank, are worth $59 million. 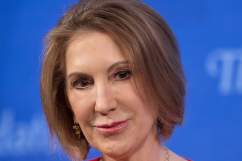 Carly Fiorina’s Net Worth: 5 Fast Facts You Need to Know

2. Their Family Owns Real Estate Worth up to $4 Million

According to the financial disclosure, the Chafees assets totaled $3.3 to $5.6 million, with real estate valued at up to $4 million.

They own property in New Hampshire, Maine and Rhode Island, including the Wee Hoose Farm.

3. He Is Financing Most of His Campaign With His Own Money

Chafee greets a member of the audience after speaking at the South Carolina Democratic Party state convention April 25, 2015. (Getty)

Chafee is mostly financing his own campaign, something he and his wife also did in his gubernatorial run.

According to Yahoo Finance, his biggest contributor has given him less than $3,000.

Chafee was one of the richest members in the U.S. Senate when he represented Rhode Island from 1999 to 2007.

5. He Has Brought in Income Through Working for a Nonprofit & at Brown University

According to a 2011 WPRI-TV report, Chafee has earned income through work for a Ukranian nonprofit and at Brown University. 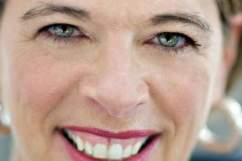 Read more about Chafee’s net worth in Spanish at AhoraMismo.com:

Loading more stories
wpDiscuz
0
0
Would love your thoughts, please comment.x
()
x
| Reply
Lincoln Chafee, a 2016 Democratic candidate for president and the former governor of Rhode Island, is worth millions. See a breakdown of his net worth here.