The names of some of the victims of Chris Harper Mercer’s massacre at Umpqua Community College in Roseburg, Oregon have been announced. One of those victims has been named as 18-year-old Lucas Eibel.

1. Eibel’s Friends Panicked Over His Safety During the Shooting

A school bus brings students from the scene of the shooting.
(Screengrab via KEZI)

During the confusion in the immediate aftermath of the shooting, Eibel’s friends were posting on Twitter wondering if they had heard from him. One friend, Ali Coop, wrote “If anybody has seen or heard from Lucas Eibel let me know ASAP.” Later, after his death was confirmed, a friend, Sarah Phan, paid tribute to Eibel writing “My childhood friend, Lucas Eibel, was shot and killed in the UCC shooting today. I am at a loss of words. It’s not fair. You will be missed.”

2. He Was a Quadruplet

He was a quadruplet. On his Facebook page, Eibel’s profile photo shows him pictured with all of his siblings. According to that page, Eibel was a native of Salem, Oregon, but was living in Roseburg, having graduated from high school there. The day after the shooting, Eibel’s sister, Alexis, posted a picture of the quadruplets while they were children.

3. He Was a Scholarship Student at UCC

Photos now being posted of the victims @KEZI9 pic.twitter.com/hbOcgzLuvC

Along with two of his siblings, Alexis and Cole, Eibel was the recipient of a scholarship to attend Umpqua Community College in Roseburg. In a statement, the Eibel family said:

We have been trying to figure out how to tell everyone how amazing Lucas was, but that would take 18 years. Lucas loved FFA, volunteering at Wildlife Safari and Saving Grace animal shelter. He was an amazing soccer player.

That statement also says that Eibel was a chemsitry student at UCC.

4. You Can Help the Eibel Family

Those wishing to help the families of the victims are encouraged to make a donation to the UCC Relief Fund at the Roseburg-based Umpqua Bank or Greater Douglas United Way, reports the Oregonian. Those banks have donated $25,000 to the cause. In addition, the Mercy Medical Center in Roseburg is accepting blood donations on site.

5. The Gunman Is Thought to Have Asked His Victims About Their Religions Before Opening Fire

It’s alleged by the victims of the rampage that the gunman lined up students and asked what religion they were. Those who replied that they were Christian were shot in the head. On that dating site, the gunman makes it clear that he hated organized religion but regarded himself as a spiritual person. It’s been reported that he used an AR-15 rifle during his attack on the college in Roseburg. That gun has become a symbol of the gun rights lobby’s struggle against what they deem persecution from the Obama administration. 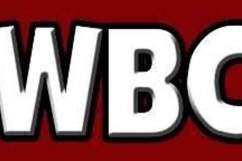