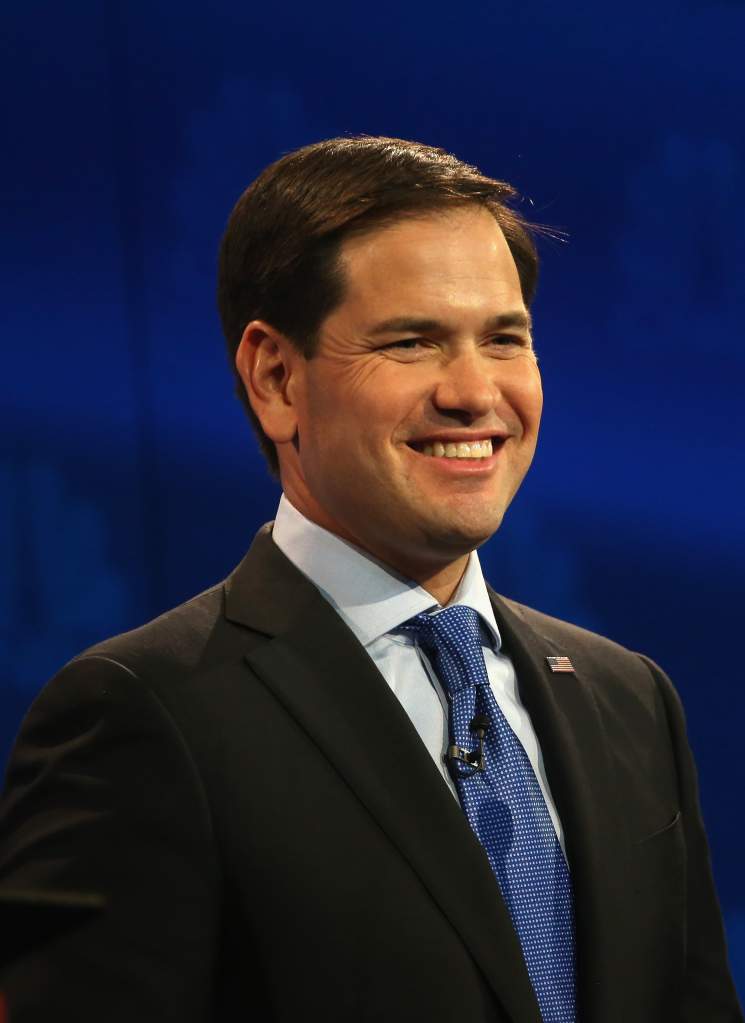 Senator Marco Rubio actually went to two colleges before getting his bachelor of science degree from the University of Florida in 1993. Prior to that, he went to Tarkio College in Missouri for one year on a football scholarship before transferring to Santa Fe Community College. He also completed his education career when he received his juris doctor, the first degree needed to practice law in the United States, from the University of Miami in 1996, according to his website.

From realizing he wasn’t cut out for his dream of being in the NFL to maintaining a long-distance relationship with his future wife, his educational journey wasn’t always an easy one.

According to the Tampa Bay Times, Rubio and wife Jeanette Dousdebes Rubio had to start a long-distance relationship shortly after dating because he was attending the University of Miami. She eventually attended Miami-Dade Community College and worked part-time as a bank teller while Rubio was getting his law degree. She had a brief career as a Miami Dolphins cheerleader but dropped out to go to the International Fine Arts College. Shortly after they got married in 1998 and now have four children.

“I always wanted to be an NFL player and now I’m going to have to tell my kids that the only one of her two parents that ever touched an NFL field was her mom,” Rubio told the Tampa Bay Times.

But Rubio’s story is truly an American Dream come true.

Mario and Oriales Rubio, Rubio’s parents, are immigrants from Cuba. They lived in Miami until Rubio was eight years old when his family moved to Las Vegas, Nevada. His father worked as a bartender at the Sams Town Hotel and his mother as a housekeeper at the Imperial Palace Hotel. His parents had other jobs as a crossing guard and a Kmart stock clerk, according to his website.

Rubio talked about his parents’ jobs and how fortunate he is to live in the United States during a speech:

In many countries, the highest office in the land is reserved for the rich and powerful. But I live in an exceptional country where even the son of a bartender and a maid can have the same dreams and the same future as those who come from power and privilege.

Rubio remembers his parents always wanting and doing what was best for their four children including Rubio, his two sisters and brother. “They wanted their kids to have a professional career, the kind they couldn’t have,” he told Parade.

And they did just that. Even though Rubio’s parents never finished high school he got an undergraduate and law degree and eventually built a career in politics. 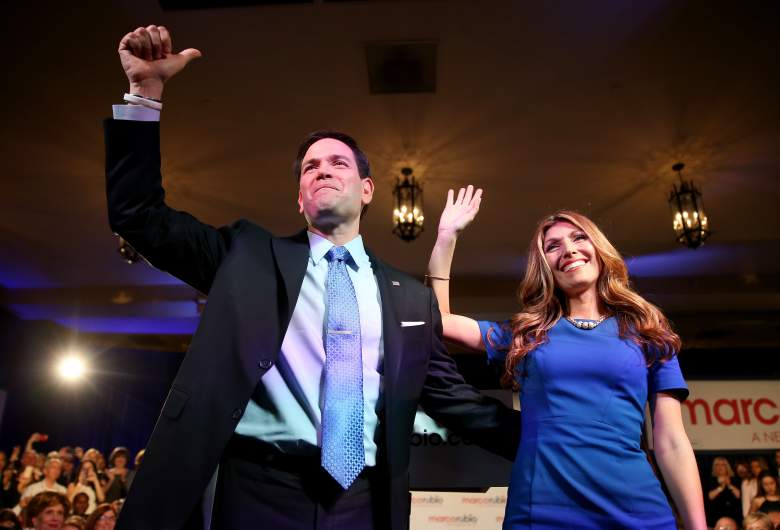 Marco Rubio and wife Jeanette Rubio wave to a crowd. She calls herself a strict mom and is focused on her children more than his political career. (Getty)

From 2000 to 2008, Rubio served in the Florida House of Representatives as Majority Whip, Majority Leader and Speaker of the House. He focused on lowering taxes, bettering schools and overall creating a more efficient government. He also became the first Cuban-American speaker of the Florida House in 2006. Then in 2010 he was elected to the United States Senate to represent the State of Florida, according to his website.

He did sometimes have his doubts, though, and his wife was there to reassure him that he could do it.
“I’m not a political person but this was something I knew he wanted. And once you’re in, you’ve got to go through with it,” said his wife when talking about his Senate race, according to Parade.

Now Rubio is the one talking about education and trying to help students. In 2014 he spoke out about lowering the cost of tuition for students, and even making online classes free. He also suggested alternative loan methods so students don’t pay tremendous amounts of debt. He also spoke about improving vocational training and finding other ways for students who don’t have access to a four-year college to still get a degree through work and internship experience, according to The National Journal.

Mem­bers of both parties are be­gin­ning to real­ize that for every day we delay bold ac­cred­it­a­tion re­form, our edu­ca­tion sys­tem leaves more Amer­ic­ans be­hind to lan­guish in a dwind­ling mar­ket of low-skill jobs.