Maykayla Dyer, 8, was fatally shot by her 11-year-old neighbor, her family says. (Facebook)

An 8-year-old girl was shot to death by her 11-year-old neighbor in East Tennessee, apparently because she wouldn’t let him play with her puppy.

Maykayla Dyer was killed Saturday night near her home in White Pine by the unnamed boy, who used his father’s 12-gauge shotgun, WBIR-TV reports.

A neighbor told the news station that the boy asked to see Maykayla’s dog, and “the little girl laughed and told him no, and that was it.”

Maykayla was a second grader at White Pine Elementary School. The boy also attends the school and is in the fifth grade.

1. She Was Shot in the Chest & Later Died at a Local Hospital

Maykayla Dyer died at a local hospital after she was shot in the chest. (Family photo)

Jefferson County Sheriff Bud McCoig said Maykayla Dyer was shot in the chest once. Deputies responding to a 911 call at about 7:30 p.m. found her on the ground, suffering from a gunshot wound, the sheriff told WBIR-TV.

She was taken to Morristown-Hamblen Hospital and was pronounced dead there, the sheriff said.

“She was a precious little girl, she was a mommy’s girl, no matter how bad of a mood you were in she could always make you smile,” her mother, Latasha Dyer, told WATE-TV.

2. The Boy Accused of Shooting Maykayla Was Charged With First-Degree Murder in Juvenile Court

The 11-year-old boy accused of shooting Maykayla was taken into custody by the Jefferson County Sheriff’s Office. He has not been identified. His parents have also not been named, and it’s not yet known if they or anyone else will face charges in connection with the shooting.

The boy was charged with first-degree murder in juvenile court. A judge there will decide if he is charged in adult court, WBIR-TV reports.

3. Maykayla’s Mother Says the Boy Had a History of Bullying Her Daughter

Latasha Dyer, Maykayla’s mother, said her daughter has been bullied by the boy in the past.

“When we first moved to White Pine, the little boy was bullying McKayla,” Latasha Dyer told WATE-TV. “He was making fun of her, calling her names just being mean to her, I had to go the principal about him and he quit for a while and then all of a sudden yesterday he shot her.”

“I want her back in my arms, this is not fair, hold and kiss your babies every night because you’re never promised the next day with them. I hope the little boy learned his lesson because he took my baby’s life and I can’t get her back.”

4. Counselors Were Available on Monday at Maykayla’s School

The White Pine Elementary School community mourned the loss of Maykayla on Monday.

“We remember her smile and her beautiful face,” Principal Bill Walker told reporters. “Our normal has changed.”

Walker said at a news conference:

The emotions of our staff are so great when something like this happens that we’re all trying to love on and pray for and protect all of students. We got together as a staff yesterday and had our emotional time with each other, to try to prepare for today. I don’t think that you can prepare for when you walk in and see students that are hurting.

The school had counselors and other resources available for students, parents and staff.

5. A GoFundMe Account Has Been Set Up to Help Her Family

A small memorial has been set up on the front porch of 8-old-McKayla Dyer's house. #WATE pic.twitter.com/R1s92lLmrV

Maykayla’s cousin, Marc Fillmore, has set up a GoFundMe page to help her family.

“We are raising money for (Maykayla’s) memorial. An eight year old girl taken home way to early due to gun violence,” the GoFundMe page says. “She is my cousin and her family needs the money for her memorial services. We appreciate all your support. Please pray for her mother.” 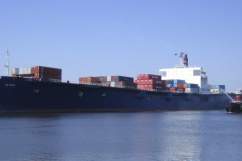 El Faro Crew Names: Who Was on the Sunken Cargo Ship?

Read More
5 Fast Facts, Breaking News, Crime, Tennessee
Maykayla Dyer, an 8-year-old girl from Tennessee, was fatally shot with a shotgun by an 11-year-old boy who lived next door during an argument over a puppy.