One student is dead and four others were injured in a shooting at Northern Arizona University. (Facebook)

One student is dead and three others were injured after a shooting on the campus of Northern Arizona University in Flagstaff, the school says.

The suspected gunman is in custody, the university said. The first call of shots fired came in at 1:20 a.m. Friday. He has been named as 18-year-old Steven Jones, a freshman at the school.

The three wounded victims are being treated at Flagstaff Medical Center, the university said. The university said on Twitter that the situation has been stabilized and the suspected shooter is in custody. The school is not on lockdown, and classes are scheduled as normal. The Northern Arizona University Police Department and the Flagstaff Police Department are investigating at the scene.

The university said the shooting “took place outside Mountain View Hall on the northeast end of the Flagstaff Campus.”
.

According to the Northern Arizona website, Mountain View Hall is a dorm:

The majority of NAU Greek students are housed in Mountain View Hall, a 574 bed suite-style living facility that encompasses 18 of the 23 social Greek organizations on campus. Chapters unite under one roof to better the Greek community as a whole and work together to accomplish a shared vision. Mountain View’s central location and proximity to the Health and Learning Center are benefits enjoyed by residents.

According to fire department radio transmissions, emergency responders arrived to find CPR in progress on one of the victims. 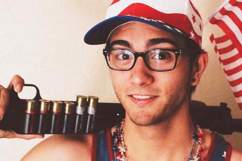 2. The Victims Are Members of the Delta Chi Fraternity

Colin Brough was a member of the Delta Chi Fraternity, according to his LinkedIn profile. He was a business major at the university. Students quickly began to show their support for the fraternity after the shooting happened, and it later confirmed in a statement that members were involved.

Several students have mourned the loss of Brough on Twitter:

Rest in Peace Colin Brough, you will be missed by so many of us. Love you for ever pic.twitter.com/J87Lr3yLP8

Rest in peace, Colin Brough ?? and hoping for a fast recovery to the other three shot. #NAUStrong 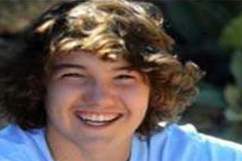 3. The Shooting Happened During an Early Morning Fight

The shooting happened after a fight between two groups of students, ABC News reports.

4. More Than 20,000 Students Attend School at the Flagstaff Campus

According to KTRK-TV, there are more than 20,000 student at the Flagstaff campus of Northern Arizona University.

Northern Arizona, founded in 1899, is a public university with 27,000 students across its campuses, including the main Flagstaff campus. The school also has 36 satellite campuses across the state.

5. The Shooting Comes a Week After a Gunman Killed 9 People at an Oregon Community College

The shooting comes eight days after a 26-year-old gunman killed nine people and then turned the gun on himself at Umpqua Community College in Roseburg, Oregon.

A shooting was reported later Friday on the campus of Texas Southern University, the second on-campus shooting of the day: 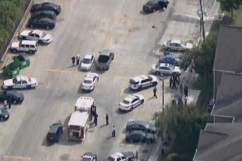 Read More
5 Fast Facts, Arizona, Breaking News, Crime
wpDiscuz
3
0
Would love your thoughts, please comment.x
()
x
| Reply
One student is dead and three others were injured in a shooting at Northern Arizona University in Flagstaff. The suspected gunman is in custody.