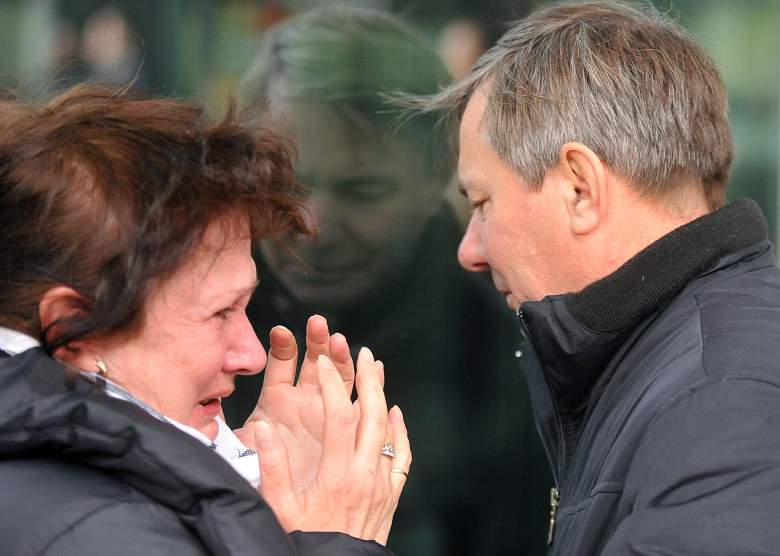 Relatives react at Pulkovo international airport outside Saint Petersburg after a Russian plane with 224 people on board crashed in a mountainous part of Egypt’s Sinai Peninsula today. (Getty)

A plane travelling from Egypt to Russia crashed this morning reportedly killing all people on board. The cause of the accident is not known yet. The plane reportedly went off the radar 22 minutes into the flight.
There were 224 guests on the Metrojet Flight 7K9268 from Sharm el-Sheikh, Egypt, to St. Petersburg, Russia, including 17 children. The plane was split in two.

Here’s what you need to know about the crash:

1. There Are No Survivors of the Crash 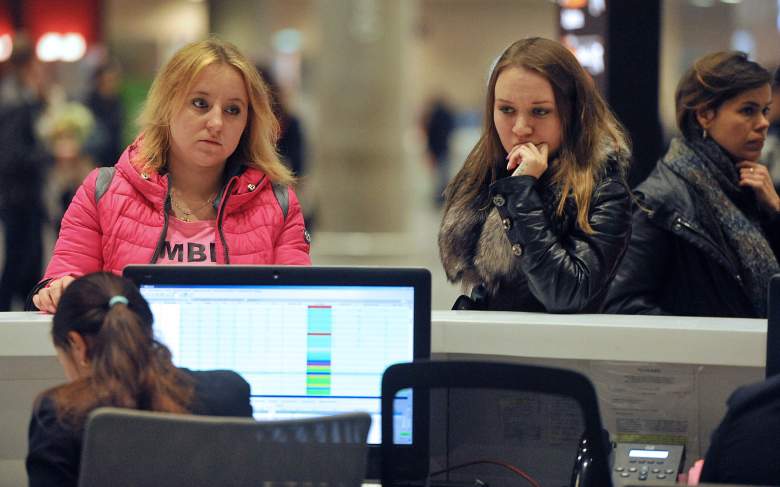 Relatives wait for information at Pulkovo international airport outside Saint Petersburg after a Russian plane with 224 people on board crashed. (Getty)

Egyptian officials said all 224 people on board, including 217 passengers, 17 of them children aged between 2 and 17 were killed. Most were tourists and there were seven crew on board, according to BBC.

There were initial reports of hearing voices in the rubble of the plane that was split in two, but victims could not be identified, according to the Guardian.

An official said, “I now see a tragic scene. A lot of dead on the ground and many died whilst strapped to their seats.”

2. Officials Do Not Think The Plane Crashed Due to Human Error 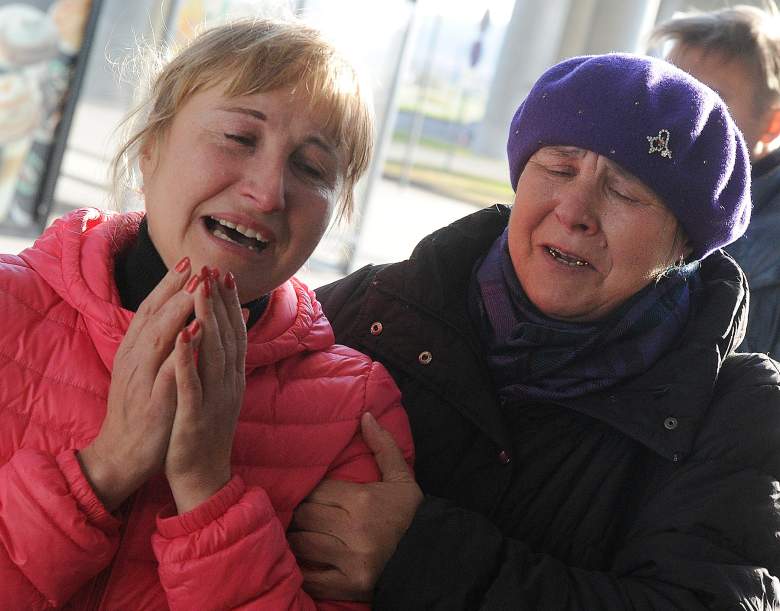 Two women grieve for loved ones who died in the Russian plane crash in Egypt. (Getty)

According to Breaking News, the Russian airline Kogalymavia (also known as KolAvia) says they see no grounds to blame human error for the plane crash.

The plane requested an emergency landing and there are reports of some crew members noting a problem with one of the engines. The Egyptian civil aviation ministry said the plane was at an altitude of 31,000 feet when it disappeared off the radar right after it reportedly began descending at a rate of 6,000 feet per minute, according to the New York Times and reports from the FlightRadar 24 website.

Airbus said in a statement that the plane was an A321-200 had been manufactured in 1997 and operated by Metrojet since 2012, according to the New York Times.

3. A State of Emergency Has Been Called and an Investigation Has Been Launched 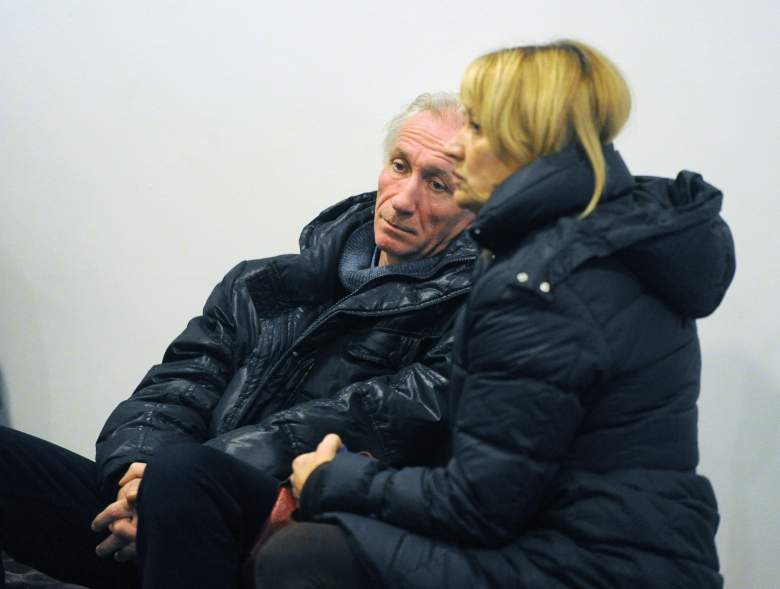 The plane that crashed in Russia today is being investigated. The reason for the crash is not know. Reports say there are not survivors. (Getty)

Russian President Vladimir Putin ordered Prime Minister Dmitry Medvedev of Russia to open an investigation into the crash. The Northern Sinai medical department declared a state of emergency and the Prime Minister’s office reports that 50 ambulances have been dispatched to the area, which is mountainous. Also, the Russian emergency ministry said they will send five planes to the area to help with possible rescues and the investigation, according to CNN.

The crash will be thoroughly investigated. Everyone affected by the tragedy will receive assistance #7K9268

An ISIS group claims they shot down the plane, according to AFP.

However, some reports say this is not the case.

4. Friends and Relatives of the Victims Are Gathering to Grieve 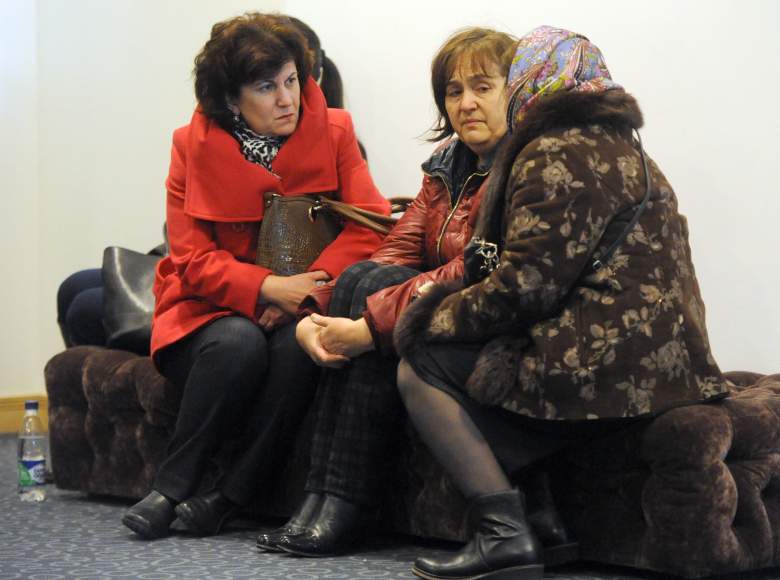 Officials do not think human error was involved in the crash. There may have been technical issues. It is not yet known if the plane was shot down. (Getty)

At a nearby hotel and in the St. Petersburgs Pulkovo airport, relatives of those on the plane are gathering to grieve, according to the Associated Press.

Russia has opened a hotline for relatives and family members to call, according to CNN.

I am deeply shocked by the plane crash in the Sinai Peninsula. The tragedy will be thoroughly investigated, the families will receive aid

Putin declares an official day of mourning for victims of the crash, according to CNN.

Many people are taking to Twitter to express their condolences for the victims of the crash and their loved ones using #7K9268.

Our thoughts are with everyone on board flight #7K9268 and their loved ones.

Thoughts are with family & friends of all involved. Another sad day for aviation #7K9268 https://t.co/Yp9UwhDIhc

Saddened by news of crash of Russian aircraft over #Sinai. My condolences to PM @MedvedevRussiaE and those who have lost family or friends.

#7K9268 do not tweet if you do not have the facts! These people have families desperately hanging on every word #russian # Sinai # Egypt

Read More
5 Fast Facts, Egypt, Exclude, Plane Crash, Russia
A plane headed to Russia crashed in Egypt, reportedly killing all 224 people on board. The cause of the crash is not yet known.