Whitney Beall was charged with driving under the influence. (Lakeland Police Department)

A 23-year-old Florida woman was charged with driving under the influence after she live streamed video while driving drunk in Lakeland, police said.

Whitney Beall was arrested on October 10 after police received several calls reporting a woman using the app Periscope to post streaming video while apparently drunk, according to a Facebook post from the police department.

“I’m super drunk, I don’t even know how to explain it,” Beall says in the video. “Hi everybody in different countries. I really hope if you don’t mind that I drive, because driving in the USA is really important, and I really don’t want a ticket, so I’m going to drive to the area I need to be.”

In the video (which you can watch above), Beall says she is “f****g drunk,” and doesn’t know where she is.

Beall also says in the video that she has a flat tire. Several people watching the video posted telling her to stop driving before she hurts herself or someone else. Beall recorded herself driving for more than 40 minutes, with the video cutting in and out.

She told WFLA-TV, “It was a big mistake and I’m learning my lesson.”

2. An Officer Watched the Live Video on His Phone to Figure Out Where Beall Was Driving

You can listen to the 911 call reporting Beall to the police above.

“As the caller was giving police dispatch the details from the video, the video was turned off several times and the caller was unable to provide a vehicle description other than it was a Toyota. This made locating the intoxicated driver more difficult for officers searching the surrounding area and with nothing more to go on other than the make of the car,” police said in a press release.

An officer watched the video on his phone to try to figure out where Beall was.

“Based on what the officer could observe, and landmarks in the area from the streaming video, LPD officers located the driver eastbound on Carpenters Way. At this time, she was driving a 2015 Toyota Corolla, 4-dr with a flat left front tire,” police said. 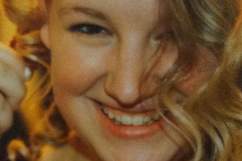 3. She Drove Into the Curb as Officers Tried to Pull Her Over, Police Say

Police said Beall “abruptly hit” a curb with her front tire as an officer tried to pull her over.

“Officers advised that the driver did not even brake after striking the curb. The subject vehicle stopped in the 1000 block of Carpenters Way.”

Beall had also posted videos and pictures from a bar in Lakeland before getting behind the wheel, police said.

Police said officers could smell “the odor of an alcoholic beverage emanating from Beall. Also, police said her speech was slow and her eyes were bloodshot and glossy. She failed standardized field sobriety tests and refused a breathalyzer test, police said.

She was charged with DUI and then taken to Polk County Jail. She was later released. 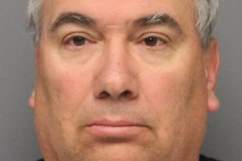 5. Police Say the Video Highlights the Dangers of Driving Under the Influence of Alcohol

The video, which was streamed worldwide, is an example of the dangers of driving while under the influence, police said.

“The streaming Periscope video highlights the dangers of driving while intoxicated through the eyes of a drunk and irresponsible young adult,” police said in a press release. “The Lakeland Police Department is extremely thankful that this did not result in an accident and no one was injured as a result of her poor decision.”