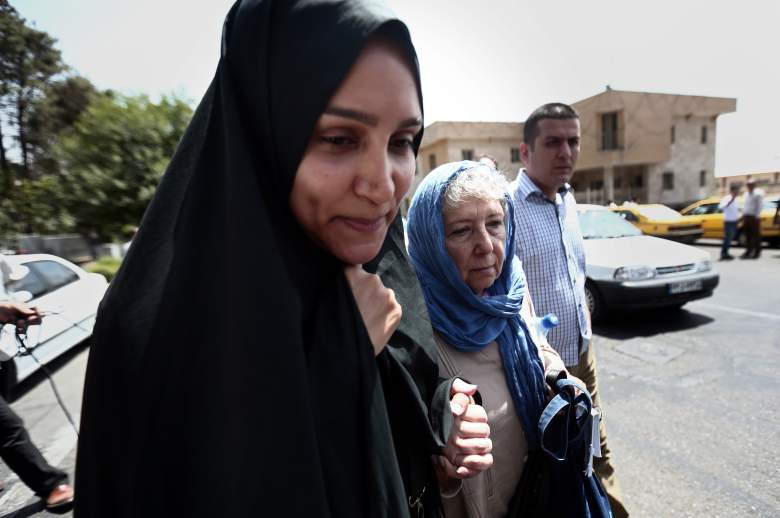 Yeganeh Salehi leaves the Revolutionary Court after an August 2015 hearing for her jailed husband, Jason Rezaian, a Washington Post reporter. His mother, Mary Rezaian, accompanies her. Rezaian was found guilty by the Iranian court.(Getty)

Yeganeh Salehi, Jason Rezaian’s wife, was originally in jail with her husband in Iran, but she was later let go. Rezaian, a Washington Post reporter, was convicted by Iran after being held for more than a year on espionage and other charges. Salehi is an Iran correspondent reporting for The National. Jason Rezaian was just released as part of a deal between the U.S. and Iran.

1. Their Home Was Raided by Iranian Authorities in July 2014 & Both Were Jailed, but Salehi Was Released on Bail in October 2014 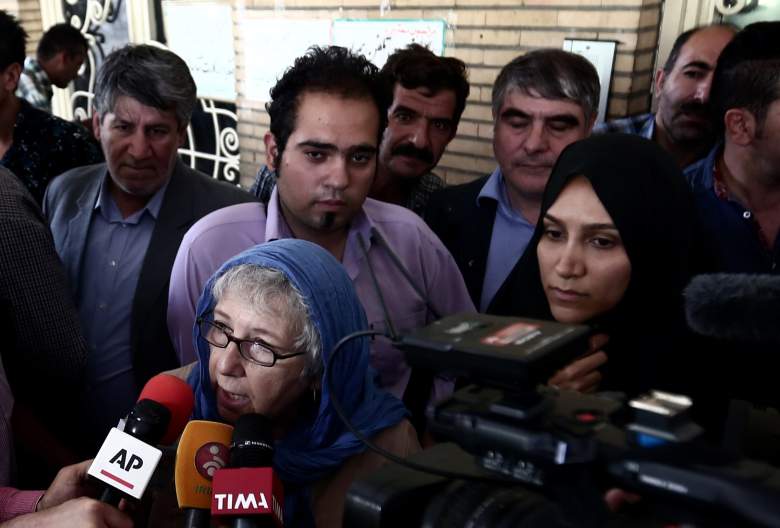 Mary Rezaian (L), the mother of  Jason Rezaian, and his wife Yeganeh Salehi (R) talk to journalists as they leave the Revolutionary Court after a hearing on August 10, 2015 in the capital Tehran. She and Rezaian were both jailed, but she has since been released on bail. (Getty)

On July 22, 2014, the Iranian government raided Salehi’s and Rezaian’s home in Tehran and arrested the couple. They also took laptops, notes, and other evidence from the home. Two American citizens, a female photojournalist and her husband, were also arrested and later released weeks later.

Salehi was released on bail on October 6, 2014. She has since attended hearings for her husband, accompanied by his mother and other family members. It was never publicly specified what Salehi was charged for, but there’s still a chance that she will go to trial for her charges, too. Leila Ahsan, the lawyer representing Salehi and Rezaian, said in May that Salehi and the other two Americans arrested with her might have to go to court together at some point in the future, The National reported.

It’s not known exactly what prompted the arrest, but Vice reported that it may have stemmed from the Iranian government finding a letter that Rezaian wrote to President Barack Obama’s presidential campaign, when he was still a senator, three years before Rezaian began working for the Post. The government claimed that Rezaian offered to be an Iranian expert. But the letter was actually just an online application to work for Obama and Rezaian was not hired, Vice reported.

2. Salehi Is a Journalist & Correspondent for The National, but Her Press Credentials Were Revoked After She Was Jailed 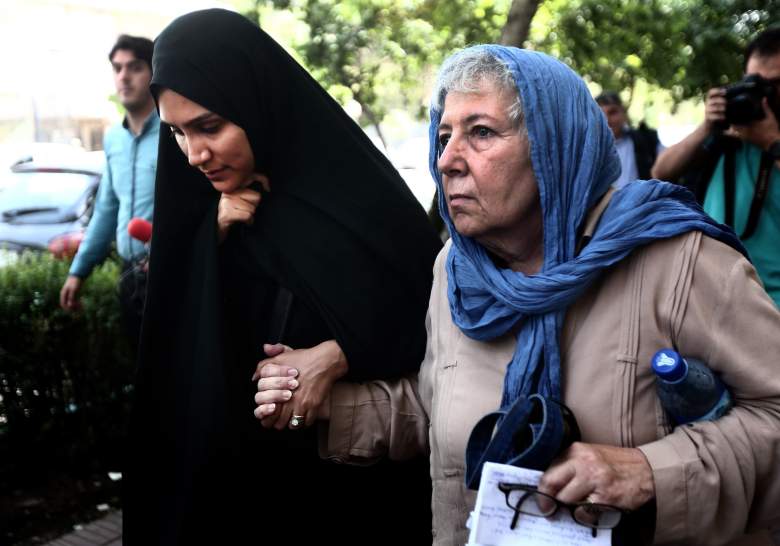 Yeganeh Salehi, Jason Rezaian’s wife, and his mother Mary Rezaian, have been working tirelessly on Rezaian’s behalf since he was arrested. (Getty)

Salehi, like her husband, is a journalist. She is an Iranian citizen and works as a correspondent for The National, a United Arab Emirates newspaper. Rezaian was born in California and has citizenship in both The United States and Iran. He was the bureau chief for The Washington Post in Tehran, Iran, when he was arrested, and had been working in Iran as a journalist since 2008.

After Salehi was arrested, her press credentials were revoked, The National reported.

3. She Went to Court After the News of Her Husband’s Conviction but Was Turned Away

Salehi has been working tirelessly since her husband was jailed. She and Rezaian’s family found out about the conviction from media reports and not from the Iranian court, Vice reported. She and Rezaian’s lawyer went to the Tehran court for clarification after the news was announced, but they were turned away.

4. Her Husband, Rezaian, Was Put on Trial by a Judge Known for Handing Out Harsh Sentences 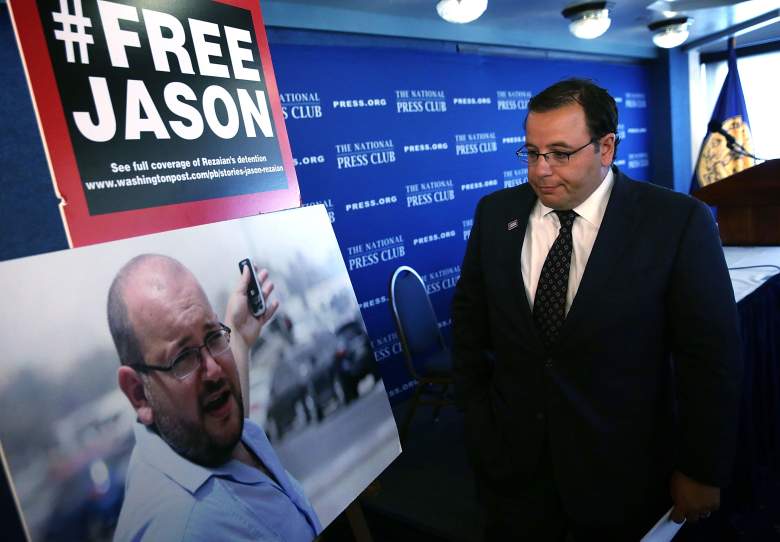 Jason Rezaian has been in jail since July. He was just convicted by an Iranian court. (Getty)

Rezaian was charged with espionage, collaborating with hostile governments, and propaganda against the establishment, The Washington Post reported. He was put on trial in Iran in a Revolutionary Court. Judge Abolghassem Salavati was assigned the case. The judge was known for giving very harsh sentences to political prisoners, including lashings and death sentences, The Washington Post reported. Rezaian was released in January 2016 as part of a deal between Iran and the U.S.

5. The Washington Post Has Called the Conviction an Outrageous Injustice 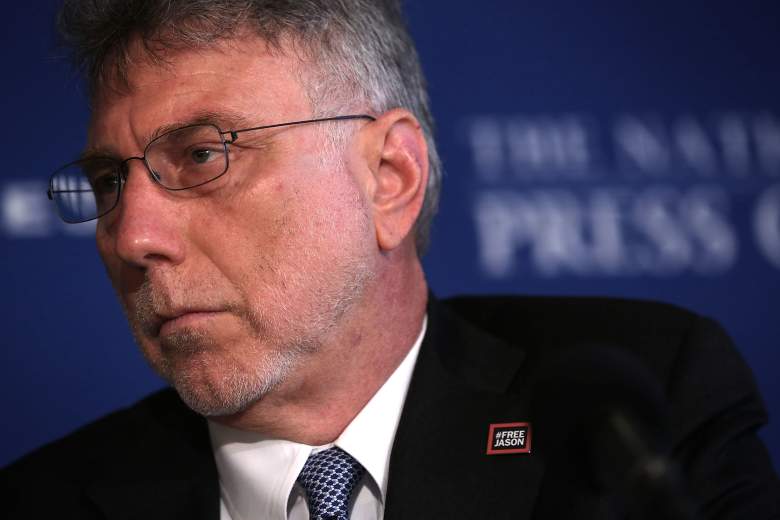 Rezaian was just found guilty, although it is not yet known for what charges. The Washington Post has said that the conviction is an outrageous injustice and they are going to appeal it immediately, USA Today reported. Martin Baron, the Post’s executive editor, said:

Iran has behaved unconscionably throughout this case, but never more so than with this indefensible decision by a Revolutionary Court to convict an innocent journalist of serious crimes after a proceeding that unfolded in secret, with no evidence whatsoever of any wrongdoing.”

Rezaian’s lawyer is also going to petition for him to be released on bail. The Iranian president, Hassan Rouhani, recently said that Rezaian’s release could be sped up if the U.S. would release Iranians, USA Today reported. 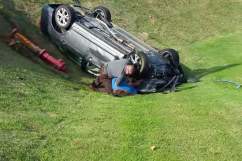 Read More
5 Fast Facts, Breaking News
Jason Rezaian was convicted in Iran, although it's not known yet for what. His wife, Yeganeh Salehi, was originally jailed with him but later let go.