Police in Georgia say that a teenager murdered her cousin in a stabbing after the pair had smoked weed together. The attack happened on the morning of November 14 in the town of Acworth, Georgia. Shortly after 17-year-old Abbey Hebert was found dead, her cousin Olivia Smith, 18, was arrested and accused of the killing. Their town is just over 30 miles north of Atlanta.

1. Days Before the Stabbing the Pair Had Been Saying How Much They Loved One & Other on Twitter

Tweets the pair exchanged days before the stabbing.

According to their respective Twitter accounts, on November 4, a little over a week before the stabbing Smith replied to a tweet that Hebert wrote. The original tweet said “If I’ve learned anything it’s to listen to your friends and family when they warn you about something going on in your life.. They’re right.” To which, Smith replied “Love you sweet girl.” Then Hebert wrote “Love you more than life.” The two were in regular contact on their Facebook and Twitter pages.

The Atlanta Journal Constitution reports that Smith was the niece of Hebert’s stepfather.

2. They Had Smoked ‘Suspected’ Weed Before the Stabbing

WSB-TV reports that the two girls were in Hebert’s home in Acworth when they smoked what they thought was weed on the morning of November 14. A neighbor told the station that he saw Smith chasing Hebert on the front lawn of the house. Then Smith stabbed her cousin, killing her. After being arrested, Smith told police that she stabbed Hebert while “under the influence.”

She had been sleeping the night at her cousin’s home. The Atlanta Journal Constitution reports that prior to the smoking the substance, the two had gone to Chick-fil-A to get breakfast.

Police in the area will be doing a full blood test on Smith to find out exactly what the substance was they pair had taken.

Students at Allatoona High, where Hebert was a student, wore black to honor their slain class mate on November 16, reports CBS46. Hebert’s former softball coach, Ray Mitchell, told the station “There are a lot of ugly people in this world that may deserve something like that, but not her.” WSB-TV reports that the school had canceled exams and offered counseling to students in the wake of the tragedy.

Hebert’s funeral will be held in Kennesaw at the Northstar Church on November 19. The Atlanta Journal Constitution reports that t-shirts baring the slogan #Abbeystrong will be worn by students at Allatoona all week.

4. Olivia Smith Has a Bible Passage in Her Twitter Description

On her Twitter page, Smith has a reference to a bible passage, Isaiah 41:10. That passage reads “Fear you not; for I am with you: be not dismayed; for I am your God: I will strengthen you; yes, I will help you; yes, I will uphold you with the right hand of my righteousness.” According to the Cambridge Bible for Schools and Colleges, the passage references the power of a person’s will and determination.

5. Georgia Has the Death Penalty

Georgia has the death penalty for first degree murder. Find Law says that “In Georgia, any killing with malice or a killing without provocation is murder. The severity of the punishment will depend on the seriousness of the surrounding circumstances.” 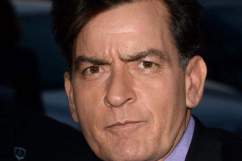 Charlie Sheen Has HIV: 5 Fast Facts You Need to Know

Loading more stories
wpDiscuz
7
0
Would love your thoughts, please comment.x
()
x
| Reply
Police in Georgia say that a teenager murdered her cousin in a stabbing after the pair had smoked weed together.