Bilal Hadfi has been identified as one of eight terrorists who attacked Paris on Friday, November, 13, 2015, killing at least 129 people and wounding more than 300 in a series of coordinated assaults on the French city. He died during the attacks.

Hadfi’s role in the attacks is not yet known, the Washington Post reports.

Three other attackers have been named. Ibrahim Abdeslam and Omar Ismaïl Mostefai also died Friday night. Abdeslam’s brother, Salah Abdeslam, is also suspected in the attacks, and is believed to be on the run.

1. He Was Living in Belgium Prior to the Attacks

Hadfi was living in Belgium prior to the attacks, the Washington Post reports.

His nationality is not yet known. 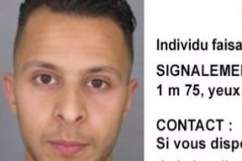 2. He Had Fought Alongside ISIS in Syria

Hadfi fought alongside the Islamic State in Syria, the Washington Post reports.

It is not yet known exactly when he was in Syria.

3. Two Brothers Suspected in the Attacks Were Also Living in Belgium

Salah Abdeslam, 26, is wanted by French authorities in connection with the November 13, 2015, terror attacks in Paris. (French National Police)

Hadfi and at least two of the other suspected attackers were living in Beligum.

Brothers Ibrahim and Salah Abdeslam were also in Belgium prior to the Paris attacks, according to the New York Times. At least one of the attackers was living in Molenbeek, an area of Brussels.

A third Abdesalm brother was arrested in Belgium.

4. Police Have Detained Several People Affiliated With the Attack Suspects

Police have launched a massive investigation and have detained several people connected to the suspects in both France and Belgium.

At least seven people were detained in Belgium, including three who had earlier driven through a French checkpoint en route to Brussels, the New York Times reports.

Two of the vehicles used in the attacks were rented in Belgium.

5. The Assailants Are Believed to Have Communicated With ISIS in Syria Before the Attacks

A screengrab from an ISIS video calling for attacks against the French. (ISIS)

The Paris attackers are believed to have communicated with the Islamic State in Syria using encryption technology, the New York Times reports.

“It is an act of war that was prepared, organized and planned from abroad, with complicity from the inside, which the investigation will help establish,” French President Francois Hollande said on Saturday. 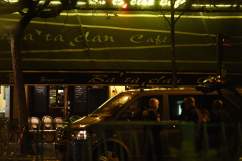