1. He Claimed to Be a ‘Harvard Educated Attorney’ With Offices in Boston, London & New York

#5Investigates: No record of a David Corazza licenses as a lawyer on Massachusetts Board of Bar Overseers. #wcvb pic.twitter.com/L585qgnPdx

According to his official website, Corazza is a “Harvard educated attorney that focuses on corporate, financial and entertainment law with a solid background of accomplishments in finance, corporation structure and dispute resolution.” That site says he has offices in London, Boston and New York. Heavy.com called the number for the New York office, the person at the other end said there was no law office at the number. Around the time of that phone call, the references to his New York and London offices were removed from his website. “Numerous talented lawyers” are referenced in a blurb on the homepage but no other attorneys are mentioned anywhere else on the website.

WCVB reports that Corazza was arrested at his office at One International Place in Boston.

2. On His LinkedIn, He Says He Was Sniper in the Special Forces & That He Served in Iraq

On his LinkedIn page, Corazza says that he served two tours of duty in Iraq as a captain in the U.S. Army Special Forces. He adds on his page that he was a sniper. He says on that page that he was a recipient of the Silver Star, the third-highest military decoration for valor, specifically it’s for gallantry in action against an enemy.

3. His Social Media Profiles Are Filled With References to ‘Suits’

Corazza says that he’s “The real, Harvey Specter” in his Twitter description. Meanwhile on Facebook, his cover image is a promotional picture for the USA Network show Suits, which deals with a character who passes a bar exam but doesn’t have a law degree. Corazza posted a meme in May 2015 that showed Specter saying “Closing deal having perfect hair and a great shirt/tie combo every day doesn’t just happen.”

A Day In The Life Hollywood.mp4World Renowned Hollywood Actor, Producer, and Writer, David Corazza in the beginning of his very successful career.2010-05-26T20:50:17.000Z

He’s a man of much experience according to the bio on his official website. Corazza worked in finance, specifically relating to the entertainment industry. He mentions working for Universal Studios, HBO, Showtime and Playboy. In addition, “He has also written and sold screenplays and has produced feature films, television programs, music videos, and commercials.” Above is a video clip of Corazza at the Roxbury nightclub in Los Angeles. The description of the video on YouTube says “World Renowned Hollywood Actor, Producer, and Writer, David Corazza in the beginning of his very successful career.” He speculates in the footage that the term “VIP” may mean “Very Important Penis.”

Corazza has an IMDb page where he goes by his birth name, David Koraca. There, his bio says that he’s the nephew of The Godfather actor Gianni Russo. His profile reads:

Born David Koraca, a different phonetic spelling of Corazza, that was changed by immigration when his father came to America from Italy. David Changed it back out of respect for his heritage…

David completed a Bachelors degree in Finance from NYU in 1988 and proceeded to pursue a successful career as a Wall Street Stock Trader. The money he made enabled him to move to Los Angeles to pursue a career in the entertainment industry. After several years spent as a struggling actor he began to see some small pieces of success.

He lists only one credit on IMDb, a 2000 movie, Out of Loyalty where Corazza is credited as executive producer. Aside from that IMDb page for the movie, which contains no information, we could not find out anything else about the movie. Other than credits, the IMDb page shows Corazza with Michael Douglas, Jenna Elfman, Catherine Zeta-Jones and the Backstreet Boys in various photos.

5. Practicing Law Without a License Can Land a 1-Year Stint in Prison in Massachusetts

Practicing law without a license can land a person a one year prison sentence, according to Massachusetts law. 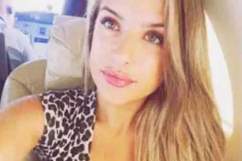 Read More
5 Fast Facts, Breaking News, Weird News
A man who calls himself the real life Harvey Specter from Suits has been accused of practicing law without a license and stealing from clients.