The Eagles of Death Metal on stage just prior to the attack. (Instagram/@zsuzulla)

More than 80 hostages were killed during an Eagles of Death Metal concert in Paris, France. Eagles of Death Metal is an American rock band founded by Josh Homme and Jesse Hughes. The attack was part of a series of attacks in up to seven locations in Paris that killed at least 128 people. The band members are safe, but it’s not yet known if all the crew are accounted for.

1. Terrorists Took Hostages at the Eagles of Death Metal Concert in Paris

Gunmen stormed into the concert and opened fire on law enforcement, taking hostages, CNN reported.  Although hard to confirm at this time, one person claiming to be in the concert hall during the shooting said the gunmen were cutting people down one by one and he had seen up to 25 bodies so far, The Washington Post reported.

Police stormed the concert hall to stop the terrorists.

Explosions were heard inside the hall and a witness said she saw people either being carried out in stretchers or coming out with their hands above their heads, all of them very young.

2. Police Stormed the Concert Hall and Killed Two of the Gunmen, But More Than 80 Hostages Were Killed by the Terrorists First

Police stormed the concert hall in a coordinated assault, ending the siege. Two of the gunmen were killed in the assault, RT reported.

By the time police arrived, they found scores of people were dead inside, Fox News reported. The numbers have ranged from 80 to 100. Paris officials said that there was carnage inside the performance hall and it appeared that terrorists might have lobbed explosives at the hostages.

3. The Band Was Performing to a Sold-Out Concert at the Bataclan Concert Hall

The band was performing at the Bataclan Concert Hall in Paris. One witness said that when the shootings started, she thought the loud bangs were just firecrackers, RT reported. Another witness said the scene was total panic, as people ran away screaming and sirens were going off, The Telegraph reported.

The band had a sold-out concert at the Bataclan. One journalist was inside the concert hall when the attack occurred and said the men were unmasked and carrying Kalishnikov guns, RT reported. They were very young and had time to reload their weapons at least three times. Some reports say that the men shouted “It’s for Syria!’ and “Allahu Akbar!” when they entered the concert hall.

The Bataclan is one of France’s most famous venues. The ground floor is horseshoe-shaped and it also has an upper tier for visitors.

4. Josh Homme Was Not Performing at the Concert

Representatives for the band say that Josh Homme was not performing at the concert in Paris, Billboard reported. It has also been reported that the band members are also safe. Some reports said they were outside of the venue when the shooting started, The Washington Post reported, but later reports say that at least some band members were inside. Julian Dorio was able to call his mother, Mary Lou Dorio, and let her know what happened, The Independent reported.

However, on the Eagles of Death Metal Facebook page, an official post stated that they were still trying to determine the safety and location of band members and crew. Some crew may be unaccounted for.

Dorio said he witnessed the men with machines guns burst into the concert hall, Daily Mail reported. His brother reported that the men burst in with machine guns, and because of the stage lights they couldn’t really see what was happening. He dived to the stage floor and crawled out the back door, escaping into the street.

5. Eagles of Death Metal Is an American Band, Founded by Josh Homme and Jesse Hughes 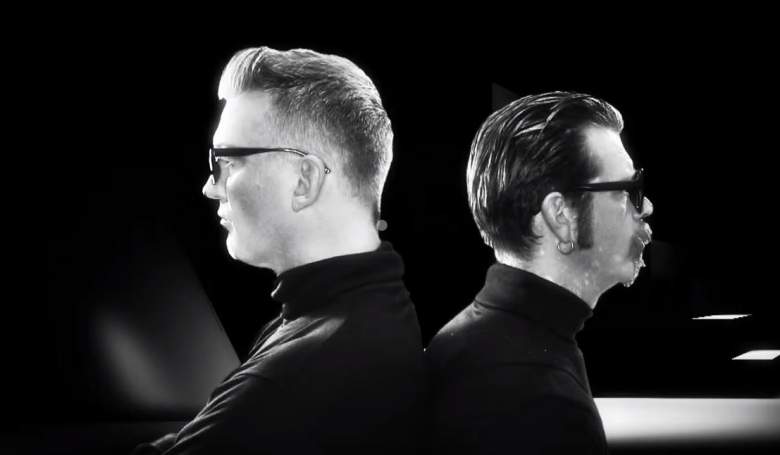 Eagles of Death Metal is an American band that was founded by Josh Homme and Jesse Hughes. Josh Homme is also a member of Queens of the Stone Age. The current members are Josh Homme, Jesse Hughes, Dave Catching, Matt McJunkins, and Julian Dorio. The band was formed in 1998. Homme rarely plays at shows because he has commitments to other bands. Despite their name, Eagles of Death Metal is not a death metal band, but rather is a rock band.