(Screengrab via The Denver Channel)

A retired U.S. Army colonel is accused of killing a Colorado state trooper in a hit-and-run on the night of November 15. That former serviceman is Col. Eric P. Henderson, 52, who retired in June 2013. He’s being held on a $1 million bond.

1. He’s Been Accused of Being Drunk Behind the Wheel

Colorado State Police line the streets in honor of their fallen colleague. (Twitter)

The Denver Channel reports that Henderson was booked into Douglas County Jail early on the morning of November 16. He’s being charged with vehicular homicide, leaving the scene of a deadly accident, DUI and careless driving causing death. He will appear in court on November 17.

The state trooper, Jaimie Jursevics, was killed while she was investigating the scene of an accident south of Denver, close to the town of Castle Rock, reports the Denver Post. According to a tweet from the Colorado Department of Transportation, the incident happened along I25, which was reopened at around 5:30 a.m. on November 16. The Denver Channel reports that Jursevics is survived by her husband and infant son. The Denver Post says that the trooper was mourned outside of her barracks in Castle Rock with officers lined up outside while a coroner’s procession carried her away.

3. Earlier This Year, He Took on a Major Energy Company in a Legal Fight

He lives with his wife, Jean, along Skalla Ranch Road in Peyton, Colorado, according to online records. Their land is used as a farm. In March 2015, the couple were involved in a civil action lawsuit along with their neighbors to prevent a wind farm from being built close to their land, reported KRDO at the time. Henderson told the station “We want to be good neighbors. We didn’t instigate this fight or this conflict but we won’t shy from it either.” Meanwhile, Jean Henderson said “We have saved up our money over the course of our career to retire in a beautiful community and that’s not going to happen. I just really think that dream is going to be crushed.”

4. He Was a ‘Pioneer’ in the Field of Missile Protection

5. He’s the President of a Colorado Horse Club

Since leaving the army, Henderson has worked for Military contractor Colorado Professional Services. According to his profile on their website, he works in the role of program manager. He’s referred to as a “pioneer in the military applications of Space and Missile Defense for the US Army, the Joint Community, and our nation’s allies.” He’s also the president at The Mountain and Plains Appaloosa Horse club. 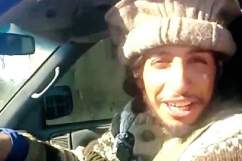 Loading more stories
wpDiscuz
13
0
Would love your thoughts, please comment.x
()
x
| Reply
A retired U.S. Army colonel is accused of killing a Colorado state trooper in a hit-and-run on the night of November 15.