Euric Cain is suspected in the shooting of Tulane University student Peter Gold during an attempted robbery that was caught on surveillance video. (New Orleans Police)

A suspect has been identified in the shooting of a Tulane University student, who was shot in the stomach early Friday morning.

Surveillance video shows that the gunman tried to shoot the 25-year-old victim, Peter Gold, a second time, but his gun jammed. Gold is being treated at a local hospital and is in guarded condition, his family said.

1. The Victim Was Trying to Help a Woman Who Was Being Dragged to the Suspect’s SUV

Police said the victim, 25-year-old Tulane student Peter Gold, was driving in the area of the 1000 block of Saint Mary Street when he saw a woman being dragged toward a SUV.

“There’s no greater selfless act than to stop and help someone perhaps who you don’t know, for reasons you don’t know,” police superintendent Michael Harrison told reporters.

Gold approached the suspect, now identified as Euric Cain, who pulled a gun on him, police said.

The incident happened at about 4 a.m. Friday.

According to police, Gold tried to tell Cain he didn’t have any money, and while they were talking, Cain shot Gold in the stomach. Surveillance video shows Gold collapsing to the sidewalk, with the gunman standing over him. The gunman tries to shoot Gold a second time, but this time the gun jams. You can watch the video below:

Police said Cain then took the woman’s purse and fled in an SUV. The woman was treated for minor injuries suffered during the incident and was interviewed by police on Sunday. 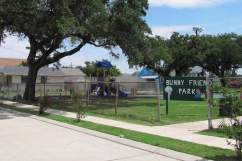 2. Cain Was Recently Released From Prison After Stealing a Car

According to the Tulane Hullabaloo, Cain was arrested in 2011 on charges of illegally carrying a weapon and illegal possession of a firearm. He was charged with theft of a motor vehicle in 2014.

Cain had recently been released from prison on the motor vehicle theft charges, according to WWL-TV.

3. Cain Posted on Facebook Hours Before the Shooting About Making it to 21

Just before 1 a.m. on Friday, three hours before police say he shot Peter Gold, Cain posted on Facebook about having made it to the age of 21.

“Real talk I was thinking I need one f**k it I made it to c 21 with out a f**k ni**a my mama did all she could but she couldn’t show me how to be a man but I think she did a dam good job to say I’m still here n I went throw a lot but that women was at every court date n everything?,” Cain posted.

Cain, who turned 21 in May, says on his Facebook page he attended Banneker and North Clayton high schools, which are both in Georgia.

4. The Victim Is a Fourth-Year Medical Student at Tulane

Gold, originally from Florida, is a fourth-year medical student at Tulane University. He also completed his undergraduate studies there.

“He is an outstanding student who represents the best of Tulane in every possible way,” university president Mark Fitts told the New Orleans Times-Picayune.

“That is so Peter,” Tulane professor Michele Adams, who taught Gold, told the New Orleans Advocate. “He was always engaged, involved with his peers and just an amazing person, so it doesn’t surprise me to hear he was trying to help someone. ‘Selfless’ is what comes to mind.”

“Peter is really one of the nicest people you would ever meet, and he is an amazing student, I’m sure, even in med school,” she said.

5. A Reward of $12,500 Was Being Offered for Information Leading to Cain’s Arrest

According to WDSU-TV, a reward of $12,500 was being offered for information that leads to the arrest of Euric Cain. CrimeStoppers are offering $2,500 and Tulane University has added $10,000 to the reward.

Mayor Mitch Landrieu said at a press conference Sunday he had confidence Cain will be arrested quickly. He added that anyone found to be harboring Cain will also be charged.

“Let me make that clear you can’t hide and run. We are going to catch you,” Police Superintendent Harrison said.

Cain was taken into custody Monday morning, according to the New Orleans Advocate.

The arrest was made by New Orleans Police and the U.S. Marshals Service. 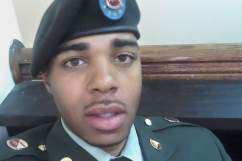 Loading more stories
wpDiscuz
18
0
Would love your thoughts, please comment.x
()
x
| Reply
Euric Cain, 21, has been arrested in the shooting of Tulane University student Peter Gold, who was shot during an attempted robbery early Friday morning.