Former U.S. Senator and Law & Order actor Fred Thompson has died at the age of 73, the Tennessean reports.

“It is with a heavy heart and a deep sense of grief that we share the passing of our brother, husband, father, and grandfather who died peacefully in Nashville surrounded by his family,” his family said in a statement.

Funeral plans have not yet been announced.

1. His Death Comes After a Recurrence of Lymphoma

According to his family, Thompson’s death comes after a recurrence of lymphoma.

Thompson battled lymphoma several years ago, announcing in 2007 he was in remission.

His family said in a statement:

Fred once said that the experiences he had growing up in small-town Tennessee formed the prism through which he viewed the world and shaped the way he dealt with life. Fred stood on principle and common sense, and had a deep love for and connection with the people across Tennessee whom he had the privilege to serve in the United States Senate. He enjoyed a hearty laugh, a strong handshake, a good cigar, and a healthy dose of humility. Fred was the same man on the floor of the Senate, the movie studio, or the town square of Lawrenceburg, his home.

Fred believed that the greatness of our nation was defined by the hard work, faith, and honesty of its people. He had an enduring belief in the exceptionalism of our country, and that America could provide the opportunity for any boy or girl, in any corner of our country, to succeed in life. 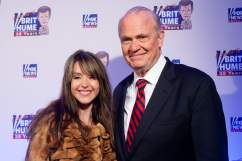 2. He Was Born in Alabama & Raised in Tennessee

Thompson was born in Sheffield, Alabama, on August 19, 1942, according to his Senate biography. His family eventually moved to Lawrenceburg, Tennessee, where he graduated from Lawrence County High School. He was the first in his family to attend college, graduating from Memphis State University with degrees in philosophy and political science in 1964. He then earned his law degree from Vanderbilt in 1967.

He became an assistant U.S. Attorney in Tennessee from 1969 to 1972, and then served as minority counsel to the Senate Select Committee on Presidential Campaign Activities (the Watergate Committee) from 1973 to 1974.

Thompson was elected to the U.S. Senate in 1994 as a Republican, filling the seat vacated by Al Gore. He was re-elected in 1996. While in the Senate, he served as the chairman of the Committee on Governmental Affairs. He did not run for re-election in 2002.

He resumed his political career in 2008, seeking the Republican presidential nomination. He eventually dropped out of the race in January 2008.

Thompson was also a character actor, best known for his role as District Attorney Arthur Branch on the NBC series Law & Order. He began playing the role as his Senate career came to a close, in 2002, and continued on the show until 2008, when he ran for the Republican presidential nomination.

Watch his final scene below:

You can also watch some of the best moments of his movie career here:

After his presidential bid ended, Thompson returned to acting. His most recent film was 90 Minutes in Heaven, which was released earlier this year.

Thompson is survived by his wife, Jeri Kehn, whom he married in 2002 after dating for several years. He was previously married to Sarah Lindsey Thompson from 1959 to 1985.

He is also survived by four children and five grandchildren. Another daughter, Elizabeth, died in 2002.