Jacqueline Eide was arrested after she broke into the Omaha Zoo and was bitten by a tiger, police say. (Facebook)

A 33-year-old Nebraska woman has been hospitalized and arrested after breaking into a zoo Halloween night to “pet a tiger,” police say.

The tiger at Omaha’s Henry Doorly Zoo bit the woman, Jacqueline Eide, after she reached into its cage, according to police. Eide appeared to be either drunk, high on drugs or both at the hospital, police said, adding that she was also “aggressive toward staff” there.

Eide was charged with criminal trespass. The incident remains under investigation.

“We will continue to keep security a top priority for Zoo guests and animals,” said Dennis Pate, the executive director and CEO of Omaha’s Henry Doorly Zoo, in a statement.

The zoo said a second person also trespassed, but it’s not yet known if that person was also charged.

1. She Suffered ‘Severe Trauma to Her Hand’

Police were called to the Creighton University Medical Center at 7:20 a.m. by the hospital staff for a “disturbance.” Officers said they arrived to find Jacqueline Eide, who had suffered “severe trauma” to her left hand, and was being aggressive toward staff, police said in a press release.

According to police, she appeared to be either intoxicated on alcohol or drugs or both. The officers said they learned Eide had reached into the cage and was then bitten. Her friend drove her to the hospital.

2. She Posted on Facebook Saturday About Having a ‘Zoo Pass’

Jacqueline Eide, who goes by Jacqui, posted on her Facebook page Saturday in a message to a friend that she still has her “zoo pass.” The post was made just hours before she allegedly broke into the Omaha zoo.

Eide also said she would be working from home Sunday and watching the Denver Broncos football game Sunday night.

3. She Has Been Convicted of Driving Under the Influence 3 Times

Eide has a lengthy criminal record, including three convictions for driving under the influence, according to KETV. She was sentenced to jail in 2011 after her third DUI, the news station says.

She has also been arrested twice this year in Omaha on unspecified charges, KETV reports, and has convictions for graffiti, disturbing the peace, obstruction of justice and shoplifting.

The Henry Doorly Zoo said in a press release that Eide was bitten by an 18-year-old Malayan tiger named Mai. The tiger was rescued from the wild and has three legs, according to the Omaha Zoo Foundation. Mai has been at the zoo since 2003.

“She’s very friendly, which is odd because she came from the wild,” Mike Verbrigghe, lead keeper of cats at the zoo,” said on the foundation’s website. Mai lost her leg when it was cost in a snare trap as a cub. The leg had to be amputated for several years at Zoo Melaka in southern Malaysia, before she was sent to Omaha.

“She was forced to rely on humans from a young age, so she’s pretty trusting. In fact, she’ll look for attention from just about anyone,” Verbrigghe said.

Woman in hospital after sticking her hand in this tiger cage early this morning at @OmahaZoo. pic.twitter.com/n7jMNn53hN

“The safety and security of our guests and animals are always a priority at Omaha’s Henry Doorly Zoo and Aquarium,” Dennis Pate, the zoo’s executive director and CEO said in a statement. “Emergency phone numbers are printed on maps for guests to call in case of an emergency and security staff keep watch on grounds around the clock. We have added security cameras, new path lighting and computer-controlled locks to track exit and entry. Additional path lighting is planned for the new African Grasslands exhibit and more cameras will be installed to monitor the grounds and gates.” 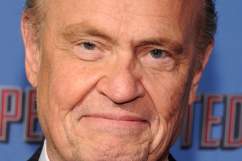 Eide runs a cleaning business in Omaha, called Simply Organized, according to her LinkedIn page.

A former employee posted on the company’s Facebook page, after the news about the tiger bite broke, “Well; I used to work for the owner Jacquie, not only did she drink booze out of one of our clients houses. She got drunk and pushed me. She stiffed me on $400 of pay as well. I find that karma always comes thru full circle.”

She says on a website advertising her business, “I help my clients clean and organize their homes or businesses and take their unwanted items and make them profit by selling them via: the Internet (E-bay, Craigslist, etc) without them having to do any of the work and ultimately hassle-free. I will help organize your life. At the end of the day a clutter free home is a worry-free, relaxing home. A place you can’t wait to get home to!” 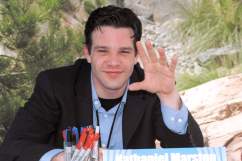 Loading more stories
wpDiscuz
9
0
Would love your thoughts, please comment.x
()
x
| Reply
Jacqueline Eide, 33, was arrested after police said she broke into a zoo in Omaha, Nebraska, Halloween night and was bitten by a tiger when she tried to pet it.