A married mother of two has been identified by her family as one of three victims killed in the shooting at a Planned Parenthood clinic in Colorado Springs, Colorado.

Jennifer Markovsky, 36, originally from Hawaii, was killed Friday along with police officer Garrett Swasey and Ke’Arre Stewart. Five other police officers and four civilians were wounded in the shooting.

Her father, John Ah-King, said on Facebook, “I was waiting to see you soon, I’m going to miss you,” adding that her life was too short.

The suspected gunman, Robert Lewis Dear, 57, is in police custody. He surrendered to a SWAT team after a standoff that lasted several hours.
Here’s what you need to know about Markovsky and the other victims:

1. Markovsky Was Supporting a Friend, Who Was Also Shot

Markovsky was at the Planned Parenthood medical center to support a friend, Hawaii News Now reports. Her friend, who has not been named, was shot in the hand.

2. She Was Married With 2 Children

Markovsky met her husband, Paul, when he was in the military and stationed in Hawaii, and moved to Colorado Springs with him, the Denver Post reports.

She was the mother of two children, a son and a daughter. She was a stay-at-home mom.

“She’s just a really sweet woman that would do anything for everyone,” her sister-in-law, Julia Miller, told the Denver Post.”He’s struggling dealing with the children and everything its hard to let them know that their mother is gone.”

3. She Was Originally From Waianae, Hawaii

"She was a dedicated mom." Sister in law describes Jennifer Markovsky, killed Friday in #ColoradoSpringsShooting pic.twitter.com/noYtgRTAgN

“She was the most lovable person,” John Ah-King, her father, told the Denver Post. “So kind-hearted, just always there when I needed her.”

He told the newspaper he learned of his daughter’s death through another daughter, who was contacted by Markovsky’s friends.

“I couldn’t believe it,” Ah-King said. “I just messaged her Thursday to say happy Thanksgiving.”

4. A Police Officer Responding to Calls for Help Was Also Fatally Shot

The University of Colorado-Colorado Springs Police Officer killed in the shooting, 44-year-old Garrett Swasey, responded to the scene after calls for help from other officers.

Swasey, who was married with two young children, had worked as a campus police officer for six years, the New York Times reports. He has been the co-pastor at Hope Chapel in Colorado Springs for seven years.

“Here’s a guy who worked full time as a police officer, and then gave a great amount of time to his local church and didn’t get a dime for it,” Scott Dontanville, another pastor at the church, told the Times. “He did it because it was the thing that he felt he needed to do.”

Another pastor and friend, Kurt Aichele, told the Times that Swasey was formerly a nationally ranked figure skater and ice dancer, and moved to Colorado to train.

“It’s not the first time that he’s been placed in harm’s way,” Aichele said. “He’s an absolute man of courage.”

5. The Third Victim Has Been Identified as an Iraq War Veteran

The third victim, 29-year-old Ke’Arre Stewart, an Iraq War veteran, was shot and killed outside of the Planned Parenthood clinic.

He was also married with children.

Read more about Stewart at the link below: 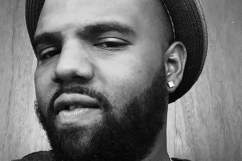 Loading more stories
wpDiscuz
1
0
Would love your thoughts, please comment.x
()
x
| Reply
A married mother of two originally from Hawaii has been identified as one of three victims in the Colorado Springs Planned Parenthood shooting.