A Canadian writer who was the personification of persistence is celebrated by the November 30 Google Doodle. That date would have been Lucy Maud Montgomery’s 141 birthday. She passed away in Toronto at the age of 67 in 1942. Her work remains much celebrated today especially her children’s novel Anne of Green Gables, a book that continues to draw tourists to Montgomery’s native Prince Edward Island. In addition, her books have been translated into more than 20 languages and sold over 50 million copies.

During her remarkable career, Montgomery published 20 books, 530 short stories, 500 poems and 30 essays. Most of her creative work centered around her home, Prince Edward Island.

1. ‘Anne of Green Gables’ Was Rejected Numerous Times By Publishers

At the age of 27, Montgomery left her home on Prince Edward Island to go and work in Halifax, Nova Scotia, as a proofreader for a newspaper there. However, a year later she returned home to tend to her ailing grandmother. It was then that she really began to write consistently, completing the first Anne of Green Gables novel. In 1906, four publishers rejected the novel and a distraught Montgomery hid the manuscript in a hatbox and continued to write poetry. Two years later, a Boston publisher, L.C. Page Co., came into possession of a copy of the manuscript and agreed to publish it.

Following the publications of the Anne series, Montgomery was involved in “acrimonious, expensive and trying lawsuits with the publisher L.C. Page, which dragged on until she finally won in 1929.” 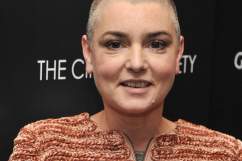 2. Her Granddaughter Revealed in 2008 that Montgomery Had Battled Depression Throughout Her Life & May Have Committed Suicide

On April 24, 1942, Montomgery passed away at her home just outside of Toronto. At the time she was reported to have passed due to a coronary thrombosis. Though in 2008, her granddaughter, Kate MacDonald, said Montgomery may have committed suicide as she had battled depression through most of her life. Contributing factors to this were her husband, Ewan McDonald’s mental illness, and the fact that the second of her three sons, Hugh, had been born stillborn. Close to her dead body, a note was found that read:

I have lost my mind by spells and I do not dare think what I may do in those spells. May God forgive me and I hope everyone else will forgive me even if they cannot understand.

My position is too awful to endure and nobody realizes it. What an end to a life in which I tried always to do my best.

Though it’s argued by Mary Rubio, who wrote the biography Lucy Maud Montgomery: The Gift of Wings in 2008, that the note was meant for Montgomery’s diary and was not a suicide note.

Tragedy was a key component of Montgomery’s life. When she was just two her mother, Clara, succumbed to tuberculosis. Her father, Hugh, became grief stricken, and gave custody of Montgomery to Clara’s parents as he relocated to western Canada.

During her writing career, Montgomery published 8 in the Anne Gables series, a ninth that was thought to have been lost was published in 2009. The final book in the series that came out while Montgomery was alive was Rilla of Ingleside, which appeared in 1921, more than 20 years before Montgomery’s passing. She grew tired of the character and wanted to focus her work on other, strong female leads. Though none of her other works achieved the same success as the Anna series. One biography of Montgomery says that despite her output “she never felt she achieved her one “great” book.”

4. She Was the First Female to Ever Join the Royal Society of Arts in England

In paying tribute to Montgomery, Mark Twain wrote that she was “the dearest and move moving and delightful child since the immortal Alice.” Honors that she received during her life included an Order of the British Empire and being the first Canadian woman to join the Royal Society of Arts in England. In 1943, Montgomery was named a Person of National Significance by the Canadian government. Her legacy continued in 2012 when the School Library Journal named Anne of Green Gables the ninth greatest children’s book of all time.

Both of her primary homes on Prince Edward Island and in Toronto have been designated as National Historic Sites of Canada.

According to Google Doodler Olivia Huynh, she wanted to create three images that celebrated the Anne of Green Gables series. One in particular shows the incident in which Anne makes a cake with liniment instead of vanilla.

Loading more stories
wpDiscuz
1
0
Would love your thoughts, please comment.x
()
x
| Reply
A Canadian writer who was the personification of persistence is celebrated by the November 30 Google Doodle. That date would have been Lucy Maud Montgomery's 141 birthday. She passed away in Toronto at the age of 67 in 1942.