A Mississippi man is accused of detonating an explosive at a Walmart store in Tupelo in protest of the company’s decision to no longer sell the Confederate flag.

Marshall Leonard, 61, was arrested early Sunday morning after the bombing police told the Northeast Mississippi Daily Journal. He drove up to the store, which is open 24 hours, at about 1:30 a.m., police said.

“A white male got out, lit the package and threw it in the vestibule,” Tupelo Police Chief Bart Aguirre told the newspaper. “There was an employee on break, and the suspect told him, ‘You better run.'”

No one was injured in the icndent and police said it “wasn’t a large explosion. It didn’t cause a lot of damage to the store.”

1. He Was Pulled Over in a Car Flying a Large Mississippi Flag

Leonard supported the Mississippi state flag at a rally calling for it to be changed. (Screengrab via WAPT-TV)

Leonard was pulled over for running a traffic light at about 2 a.m., a half hour after the explosion at Walmart, police told the Daily Journal.

“The officer pulled him over for the traffic violation, but when the calls started coming in, we quickly figured out we needed to hang on to this suspect,” Police Chief Bart Aguirre said. “We still have some more interviews to do and still need to search his car before we take him in front of a judge Tuesday.”

“He’s a strong supporter of keeping that flag flying. … This is his way of bringing attention to that,” Aguirre told the Associated Press.

2. He Faces Life in Prison if Convicted

Police said Leonard, who remains in custody, will be charged with detonating an explosive. Aguirre told the Associated Press bomb technicians say the package contained enough explosives to cause major damage if it had been assembled differently.

He faces up to life in prison if convicted, according to the Daily Journal.

Leonard lives alone and has no job, police told the AP.

Leonard posted a threatening message on the Facebook page of the local newspaper, the Northeast Mississippi Daily Journal, on October 28

In the post he said, “Journal Corporate…You are on final warning…You are part if the problem. As a result of this, yall are going down, along with WALMART, WTVA, REEDS DEPARTMENT STORE, AND ALL THE REST OF THE ANTI-AMERICAN CROOKS. GET YOURSELF READY…THE LORD IS COMMING AFTER YALL….IM NOT KIDDING NO MESSING AROUND ANYMORE! YOUR DAYS ARE NUMBERED ALL OF YA!”

He also posted a link to a website called Making Change at Walmart, which says on its website it is “a campaign challenging Walmart to help rebuild our economy and strengthen working families. Anchored by the United Food & Commercial Workers (UFCW), we are a coalition of Walmart associates, union members, small business owners, religious leaders, community organizations, women’s advocacy groups, multi-ethnic coalitions, elected officials and ordinary citizens who believe that changing Walmart is vital for the future of our country.”

4. Walmart Stopped Selling the Confederate Flag in June After the Charleston Church Shooting

Demonstrators protest at the South Carolina State House calling for the Confederate flag to remain on the State House grounds. (Getty)

According to posts on his Facebook page, Leonard was angry at Walmart because the store stopped selling the Confederate battle flag in June after the shooting at a black church in Charleston, South Carolina.

“We never want to offend anyone with the products that we offer. We have taken steps to remove all items promoting the confederate flag from our assortment — whether in our stores or on our web site,” Walmart spokesman Brian Nick told CNN in June. “We have a process in place to help lead us to the right decisions when it comes to the merchandise we sell. Still, at times, items make their way into our assortment improperly — this is one of those instances.”

5. Leonard Says the Flag Is a Symbol of Heritage & History, Not Racism

Leonard was among counter protesters in October at a rally calling for Mississippi to change its flag because it incorporates the Confederate battle flag.

He told WAPT-TV the flag is about heritage and history, not racism.

“Changing the state flag isn’t going to change nothing,” Leonard said. “There’s still always going to be hate. There will still always be racism.” 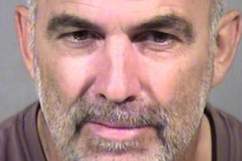 Loading more stories
wpDiscuz
2
0
Would love your thoughts, please comment.x
()
x
| Reply
Marshall Leonard was arrested after setting off a bomb at a Walmart in Mississippi because the store stopped selling the Confederate flag, police say.