An ambulance sits outside the Bataclan Friday night. (Getty)

Social media provided unprecedented insight into Friday’s terrorist attacks in various parts of Paris. Inside of the Bataclan, Benjamin Cazenoves made two posts to Facebook, including one in which he stated people were being killed “one by one.”

Cazenoves was one of over 100 people held hostage while attending the Eagles of Death Metal concert at the Bataclan. At one point during the concert, gunfire broke out and men in masks seized the venue.

Julien Pierce, a Europe 1 reporter who attended the concert, described the scene to BBC:

“Several armed men came into the concert,” Julien Pierce, a reporter for Europe 1 who was at the Bataclan during the attack, told the BBC. “Two or three men, not wearing masks, came in with what looked like Kalashnikovs and fired blindly on the crowd. It lasted between 10 and 15 minutes. It was extremely violent and there was panic. The attackers had enough time to reload at least three times. They were very young.”

“They said nothing,” Pearce said, describing it as a “bloodbath.”

In his post, he describes that he is hurt, and that there are still survivors inside the Bataclan. In a loose translation, he goes on to say, “They are slaughtering everyone. One by one.”

23 minutes later, Cazenoves posted again informing his friends and family of his safety.

While Benjamin’s post shed a light on the darkest moments of Friday’s events, social media was also a conduit for good in the aftermath. Twitter users across Europe offered help in the form of #PorteOuverte, meaning there was an open door welcoming them. 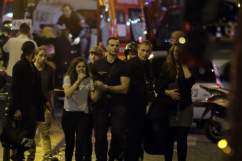 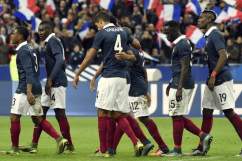 Read More
5 Fast Facts, Breaking News, Exclude, Paris Terrorist Attacks, Terrorism
wpDiscuz
2
0
Would love your thoughts, please comment.x
()
x
| Reply
Benjamin Cazenoves was inside the Bataclan while it was being attacked, and posted his perspective of the events to his Facebook page.