Reinaldo Cardoso Rivera was arrested after confessing to stabbing his roommate for taking the last piece of fried chicken. (Houston Police Department)

Reinaldo Cardoso Rivera stabbed and killed his roommate because he tried to eat the last piece of homemade fried chicken. Rivera has been charged and is being held on a $200,000 bond in Houston.

1. The Fight Broke Out Over the Last Homemade Drumstick

Yup. This about sums up how I don't play when it comes to fried chicken. https://t.co/xc83wy3ZpS

Reinaldo Cardosa Rivera, 38, and his roommate, Darwin Gonzalez, 34, were fixing dinner and drinking with three other men in a Houston apartment, Click2Houston reported. Gonzalez took the last piece of homemade fried chicken, a drumstick, and that sparked the fight. Houston Police Detective Fil Waters told the Houston Chronicle that he couldn’t believe the whole thing happened:

You can’t script this stuff. It’s someone getting killed over a piece of chicken. Pretty tragic.”

2. He Stabbed His Roommate With a Steak Knife After They Took the Fight Outside

A Texas man stabbed his roommate over a piece of fried chicken. So even if you don't eat fried chicken it can still find a way to kill you.

The two began fighting over the chicken and the argument spilled out of the apartment and into the parking lot outside. At that point, Rivera stabbed Gonzalez with a steak knife, the Houston Chronicle reported. The attack took place at the Monte Carlo Apartment Homes on Lakewood Estates Drive in Houston. Rivera fled the scene after stabbing Gonzalez.

3. Rivera, Who Is Not a U.S. Citizen, Was Arrested After He Returned to the Complex And Confessed

"If you take that last piece of fried chicken I will cut you!" is now a brutal reality resulting in death. https://t.co/pTQRFaQiGx

Later, while police were investigating the scene, Rivera returned and confessed to police that he had stabbed his roommate, USA Today reported. According to the case file, which you can read here, Rivera is not a U.S. citizen and is being held on $200,000 bail. 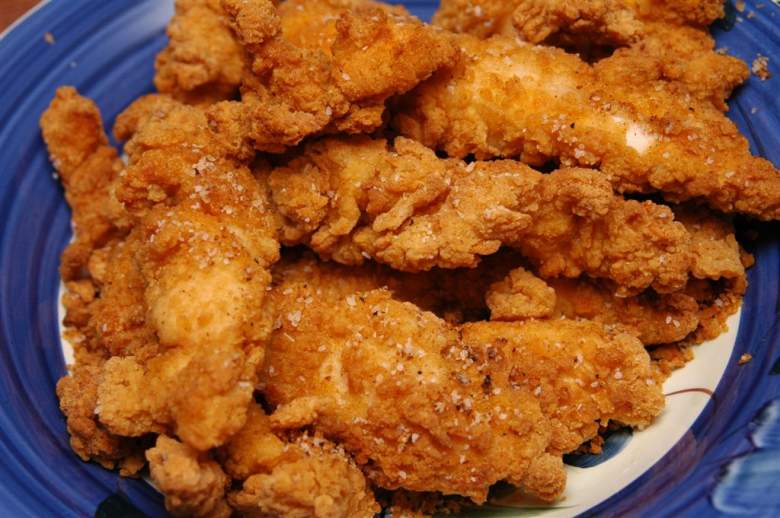 A man was killed over fried chicken. (Flickr/Mike DelGaudio)

A neighbor in the apartment complex, Elton Mathews, told Click2Houston that the whole thing was senseless. “We need a bigger security force over in these apartments,” he said.

5. This Isn’t the First Crime Committed Over Food

Well thank GOD it wasn't all the fried chicken Ohio Woman Stabbed Boyfriend Because He Ate All the Salsa, Police Say http://t.co/QpHQVM8ICj

The Twitter universe was quick to share similar stories of crimes committed over food, after news of the stabbing broke.

Some people just shared funny stories about getting a little too serious about food:

During this upcoming festive season I like to remember when I stabbed my cousin's hand with a fork when we both dived for the fried chicken.