Tonight is the fourth Republican Primary Debate for 2015 and the most prominent candidates in the election are taking the main stage. Candidates include Donald Trump, Jeb Bush, Scott Walker, Rand Paul, and several others. The undercard debate will begin at 7:00 p.m. ET on FOX Business and it will feature the candidates who have not made it into the primetime debate, which airs at 9:00 p.m. ET. For the undercard debate, the event will last one hour and will be moderated by Trish Regan, Sandra Smith and Gerald Seib. Following that program, there will be pre-debate coverage provided by Lou Dobbs from 8:00 p.m. ET until 9:00 p.m. ET. The primary debate will run until 11:00 p.m. ET.

If you’d like to watch FOX Business live online, click here to access the network’s official live stream. You can also check out the debate via TuneIn Radio by clicking here.

For more information on the debate and candidates: 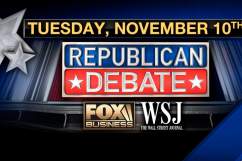 Fox News GOP Republican Primary Debate 2016: What TV Channel Is it On Tonight? 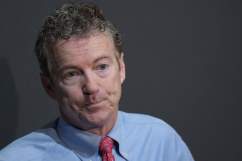 Find out how to watch this debate in Spanish at AhoraMismo.com:

Read More
Politics
Follow Heavy ↓
wpDiscuz
169
0
Would love your thoughts, please comment.x
()
x
| Reply
Tonight is another Republican GOP Debate and we've got the details on how to see the candidates in action via live stream. See how to watch the debate online.