Two white supremacists have been arrested in Virginia after they planned to start a “race war,” according to the FBI. In documents released on November 10, the feds said that Ronald Chaney, 33, and Robert Doyle, 34, had ordered “an automatic weapon, explosives, and a pistol with a silencer,” from an undercover agent posing as an illegal arms dealer.

According to documents, the Chaney and Doyle subscribed to the Norse “Asatru faith,” which has been associated with white supremacy in the past. The two met at Doyle’s home in Chesterfield, Virginia, along with other white supremacists on September 27.

The feds say the group discussed the “shooting or bombing the occupants of black churches and Jewish synagogues.” On October 25, Doyle and Chaney met up with an undercover FBI agent who was posing as an illegal arms dealer. The due then allegedly ordered a small cache of arms.

On November 8, when Chaney went to make the final purchase, he was arrested, Doyle was taken into custody later that day. Prior to being arrested, Chaney had been suspicious of the undercover agent saying “It just sounds like, it sounds like ATF to me. It sounds like a … Fed operation.” Speaking to CBS Richmond, a neighbor of Doyle’s described the arrest saying “I walked to the end of the cul-de-sac, and saw 15 police cars, marked and unmarked, and K-9’s searching. There were people wearing camo and carrying big weapons.”

The scene outside of Doyle’s home on Candlelamp Lane in Chesterfield, Virginia. (Screengrab via CBS Richmond)

In a separate meeting with two undercover agents who were posing as arms dealers, Doyle talked about wanting to purchase precious metals. The documents say “At the meeting Doyle purchased $200 worth of coins. Doyle also placed an order for $50,000 in diamonds, $30,000 in gold, and $20,000 in silver to be paid by Doyle and delivered by the undercover agents at a later date.”

2. They Were Planning to Buy Land & Stockpile Weapons for the Coming ‘Race War’

Also part of their crazy scheme, according to the FBI, was a man named Charles Daniel Halderman, 30, who was going to help them rob and killed a jewelry store owner in Virginia. From there, the group were going to buy the land in order to stockpile weapons to prepare for the coming “race war.” Halderman has also been arrested and charged with conspiracy. According to documents, Halderman has 17 prior convictions.

Robert Doyle pictured in a mugshot from Riverside Regional Jail.

Both Doyle and Chaney will appear in court on November 12 for a preliminary detention hearing. Writing in documents, Special Agent James Rudisill is requesting more than one-year in prison for the pair. The Richmond Times Dispatch reports that a search of Doyle’s house “turned up 30 rounds of .45-caliber ammunition from a black backpack in Doyle’s red Tundra.” The handgun was equipped with a silencer.

4. Chaney Once Said That He Hoped to Live Up to the Example Set By His Confederate Ancestors

A mugshot of Chaney from 2006. (Henrico Police Department)

According to his Facebook page, Chaney is a native of Highland Springs, Virginia. His last post on Facebook came the day before his arrest where he mourned the loss of his friends Devin Wykle. In posting a photo of his Confederate soldier Great Great Great Grandfather, Chaney wrote “I’m very proud of my lineage. I hope to live up to their example one day.”

5. These Arrests Come Just After Anonymous Posted the Names of KKK Members Online

These arrests come five days after hactivist group Anonymous posted a list of alleged KKK members on Pastebin. One of those listed was a Bobby Doyle from Oklahoma. In documents regarding the arrest of Chaney and Doyle, part of their plan included going to Oklahoma to kill a gun store owner there. 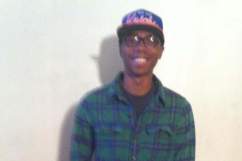 Loading more stories
wpDiscuz
9
0
Would love your thoughts, please comment.x
()
x
| Reply
Two white supremacists have been arrested in Virginia after they planned to start a "race war," according to the FBI.