Roseann Levy, a 60-year Macy’s employee and parade volunteer will be honored at the 2015 parade. (Facebook/ New York Daily News)

The balloons are ready to fly, the floats are set to make their debut, and one long-time Macy’s employee is ready to lead a parade she will never forget. Today’s Macy’s Thanksgiving Day Parade won’t be an average day for Roseann Levy, even though she’s been a parade volunteer and Macy’s employee for 60 years.

She’ll be honored for her many years of service by leading this year’s parade along with Amy Kule, executive producer of the parade, while representing 4,000 other Macy’s employees who volunteer at the event. Levy is used to being a behind-the-scenes part of the parade, but now is excited for her parade appearance and the event in general. “It’s going to be something,” she said.

Here’s what you need to know about this parade veteran:

For 60 yrs. Roseann has helped celebs navigate the #MacysParade. This year, she’s the star: https://t.co/WFIkbTgTar pic.twitter.com/rFEyCGesF1

Participating since 1956, Levy is the longest-running Macy’s employee volunteer in the parade.

Specifically, Levy, who is in her 70s, has been in charge of the behind-the-scenes work. She makes sure celebrities are where they need to be in the parade, whether on a float or performing, and that the stars are on time.

Levy has helped guide celebrities including Tony Bennett, who appeared in the 1962 and 2001 parade, Andrea Bocelli, who sang “White Christmas” on a float in 2009, KISS, who performed in last year’s parade, as well as Erik Estrada and Mary-Kate and Ashley Olsen.

But Levy doesn’t get starstruck easily. She remembers when Telly Savalas, known for his role as a cop in Kojak, said his trademark “Who loves ya, baby?” line to Levy, she wasn’t phased, she explains to the New York Daily News.

“Of course Telly Savalas said that. But he didn’t offer me a lollipop. Stars all have their own big personalities. And personnel.”

Now, she’s stepping out from behind-the-scenes and into the spotlight. Levy says she’s excited for the parade and her interview with NBC’s Al Roker.

“It’s really exciting. My friends at the Lions Club are all talking about it,” Levy said to the New York Daily News.

2. Levy is Said to be an Easygoing, No-Nonsense Person 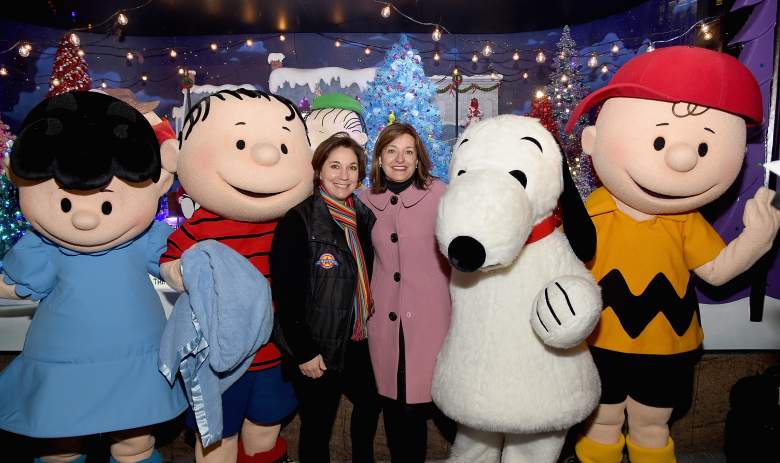 This financial analyst in Macy’s art department is described as an easygoing but no-nonsense person by the NY Daily News.

Kule has a lot of praise for Levy as well.

“The parade takes a lot of coordination…Roseann’s very organized.”

Macy’s wanted to honor Levy to really showcase her dedication to the company and the parade. Macy’s decided to celebrate her, “60th year of volunteering her time to put together this magical event for the City of New York and the nation,” according to a press release.

3. Levy Will be Wearing a Scarf With Balloon-Inspired Art on it by William Ivey Long 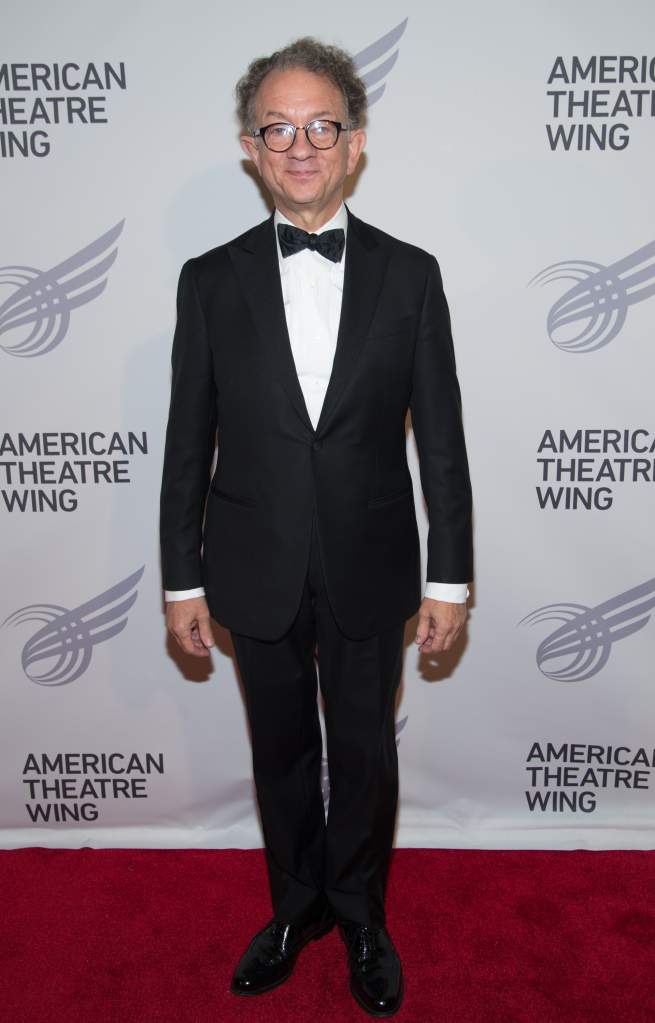 For the big occasion, Levy was crafted a one-of-a-kind outfit including a blue suit and hand-painted scarf. The Tony Award-winning costume designer William Ivey Long created the ensemble which includes parade balloon-inspired artwork.

Long explains his vision for Levy’s outfit as:

“The suit is peacock blue. It’s a TV color that pops. The queen of England wears it. She always stands out in a crowd.”

Long also serves as Chairman of the Board for The American Theatre Wing and recently was nominated for his 15th Tony Award for On the Twentieth Century and has won six Tony Awards altogether. He has designed costumes for many plays and celebrities including Mick Jagger, the Pointer Sisters and Joan Rivers.

Look out for his latest work in Grease, Live!, which premiers on Fox on January 31, and A Bronx Tale: The Musical.

4. The Parade is Also Celebrating the 38th Appearance of the Snoopy Balloon 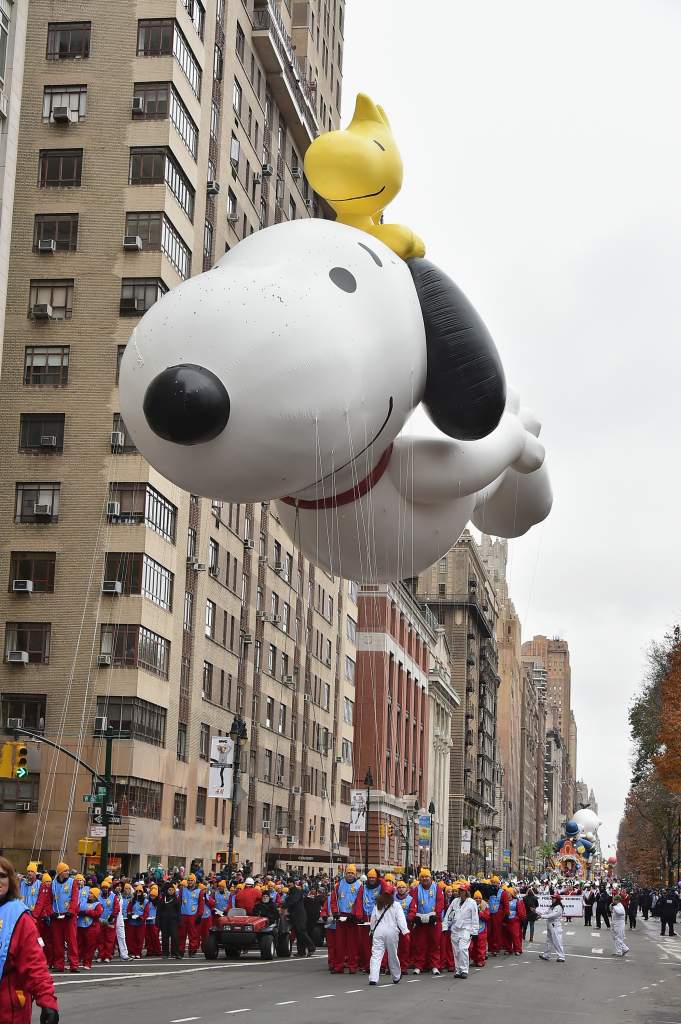 The Snoopy balloon during the 88th Annual Macy’s Thanksgiving Day Parade. This balloon has made the most appearances out of any balloon in parade history. (Getty)

There have been 171 characters featured as balloons to date and the Snoopy and Woodstock balloon will make its 38th parade appearance this year, the longest of any other character.

Other new balloons that will be introduced during the parade, in addition to old favorites include, an updated Ronald McDonald, Red from Angry Birds and Scrat from Ice Age chasing his acorn.

5. This is The Parade’s 89th Year and 50 Million People Will be Watching 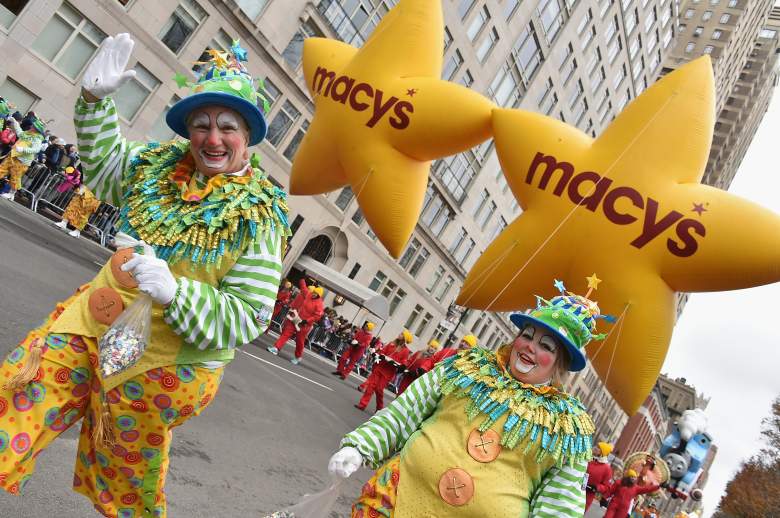 An estimated 3.5 million people will gather to watch the parade in person this year while another 50 million will have the parade on at home. Like always, the 2.5 mile parade will be broadcasted on NBC from 9 a.m. to noon.

So Levy gets to be a celebrity for the day instead of the person helping the parade stars. Just like the Macy’s parades in the past, this one promises to be spectacular, according to Kule in a Macy’s press release.

“From our signature giant character balloons to our floats of wonder, not to mention the nation’s best marching bands, whimsical clowns, celebrities and the big man himself – Santa Claus; the 89th Annual Macy’s Thanksgiving Day Parade will continue to delight audiences of all ages, as together we celebrate the start of the holiday season.” 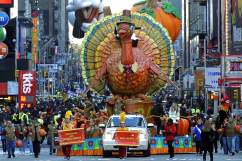