A group of three cats managed to break through the extra tight G20 security and played around the reception area before the summit. This is the 10th annual meeting of the G-20 government heads. Security was extra tight after the Paris attacks. 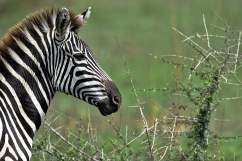 Loading more stories
wpDiscuz
0
0
Would love your thoughts, please comment.x
()
x
| Reply
A group of cats managed to break through the tight security of the G20 Summit. Watch the video here.