Katie Brown is being investigated after posting a photo on Facebook showing her dog’s mouth duct-taped shut. (Read more here.) This has prompted many questions, such as exactly what a person should do if he or she sees someone posting a photo of animal cruelty or animal abuse on Facebook.

Take a Screenshot and Report the Photo to the Local Police

Allie Phillips, an animal protection attorney and author, shared a post on Facebook explaining the best action to take if you see a photo that demonstrates animal cruelty. And despite what your first reaction might be, the best response isn’t reporting it to Facebook. Instead, she advises, immediately take a screen shot of the post and save it. This is the best first action to take in case the person later deletes the photo. Next, she advises clicking on the user’s profile to see where they live. Then contact the local police department where the person lives and send them the screenshot, along with a URL of the post, so they can investigate the abuse.

If you’re not sure how to take a screenshot, it’s fairly simple. If you have a Mac, just press Command-Shift-4. With a Windows PC, you can use Alt-Print Screen and save the image in photo editing software.  Or you can use an app to simplify the process, like Greenshot. Awesome Screenshot is an in-browser app that works well with browsers such as Chrome. From an iPhone or iPad, just hit the sleep/wake button and the home button at the same time. 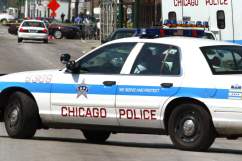 Reporting to Facebook Typically Won’t Help, But You Can Also File a Report With the FBI

Interestingly, reporting the photo on Facebook isn’t the right first response because if the photo is deleted, there’s no proof unless a screenshot was taken. In addition, according to Phillips, most online businesses such as Facebook won’t delete photos of alleged animal abuse or other types of crimes.

According to End Trophy Hunting Now, if you don’t know the local police to contact, you can also file a tip online with the FBI. Fill out the form at the FBI Tips and Public Leads webpage and include all the relevant information.

Read More
Breaking News, Tech
wpDiscuz
3
0
Would love your thoughts, please comment.x
()
x
| Reply
If you see animal abuse on Facebook, like the photo of Katie Brown, here's the best way to report it.