A 24-year-old mother is wanted by police connection with the death of her 24 day old daughter. Alyssa Kincaid’s boyfriend, Nicholas Campbell, 26, has already been arrested in Cherokee County, Georgia and accused of causing injuries which resulted in the death of Ciara Campbell. He is not Ciara’s biological father, according to Cherokee County sheriff’s detectives.

Ciara Campbell died on December 13 in the town of Canton, Georgia, after being discovered with serious injuries on December 10 reports WSBTV. Shortly after that discovery, Nicholas Campbell was charged with four counts of child cruelty, aggravated assault and aggravated battery. He was also charged with meth possession.

2. Kincaid Fled the Hospital After Her Baby Died

Kincaid was last seen with her baby around the time she passed on December 13 at the Children’s Healthcare of Atlanta. If you have any information on her whereabouts is asked to call 911 or detectives at 770-928-0239.

Her Facebook page is littered with photos of Kincaid while she was pregnant and recently, her with her baby. An October 28 picture showed Nicholas Campbell kissing Kincaid’s pregnant stomach. That photo was formerly her profile picture. Her page says that she’s a native of Canton, Georgia, about 40 miles north of Atlanta. A November 2014 status update from Kincaid said she was in a relationship. A cached version of her page says that she’s in a relationship with “Nick Campbell.”

4. Nick Campbell Is Being Held Without Bail

Nicholas Campbell is being held without bail, reports NBC Atlanta. His arrest came after officials interviewed his mother and grandmother. Sheriff’s office spokesperson Lt. Jay Baker told the media on December 13, “It’s difficult for law enforcement, the fire department and for the doctors and nurses. It is certainly difficult for everyone involved.”

5. The Town of Canton Is Close to Where Justin Ross Harris’ Son Was Found Dead

The town of Canton is just 20 miles from Marietta, Georgia, where Justin Ross Harris was accused of murder in the hot car death of his 1-year-old son. Harris was later accused of sexting minors. 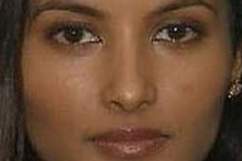 Read More
5 Fast Facts, Breaking News, Murder
A 24-year-old mother is wanted by police connection with the death of her 24 day old daughter.