Andrea Constand accused Bill Cosby of sexual assault in 2005. In 2015, Cosby was arrested after new information came to light. (Instagram)

Andrea Constand, now 44, accused Cosby of sexual assault in 2005, a year after the incident allegedly occurred at the comedian’s home in Montgomery County, Pennsylvania. After the district attorney declined to press charges that year, Constand filed a civil lawsuit against Cosby that was settled out of court with no admission of wrongdoing by the entertainer.

A new Montgomery County prosecutor, Kevin Steele, re-opened the case earlier this year after a deposition from the civil case was made public. Steele said new details provided enough probable cause for Cosby, 78, to be arrested.

1. A Pennsylvania Judge Has Ruled That the Criminal Case Against Cosby Will Go To Trial

A Pennsylvania judge ruled on May 24, 2016, that the criminal case against Bill Cosby will go to trial, dismissing attempts by the disgraced comedian’s attorneys to have it thrown out. He is expected to appear in court on July 20, but a date for the start of the trial has not been set, CNN reports.

Cosby has been charged with three counts of felony indecent assault. Constand was not in court on during the 3 1/2 hour hearing, but parts of her statement from her original complaint were read.

“The evidence presented today was evidence of nothing,” Cosby attorney Brian McMonagle told reporters after the hearing. “They had 12 years to bring an accuser to confront Mr. Cosby. They chose not to. There was no evidence of a crime here. And the inconsistencies that plagued this investigation from the beginning continue to plague it now. This case should end immediately.”

District Attorney Kevin Steele said the prosecution had to “prove that a crime was committed and the defendant’s connected to the crime. It’s a preliminary hearing — hearsay is admissible, and we’re just over the next hurdle.”

Cosby’s attorneys are expected to continue to fight to have the case dismissed before trial. 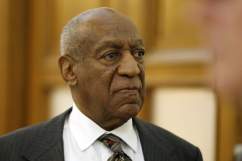 Cosby is accused of sexually assaulting Andrea Constand in 2004 at his home in Cheltenham, where she was a guest. According to online court records, Bill Cosby is facing a felony charge of aggravated indecent assault.

Read the probable cause affidavit below:

Constand said Cosby gave her three blue pills, which he told her was herbal medication for her anxiety, and then “touched her breasts and vaginal area, rubbed his penis against her hand and digitally penetrated her.”

She said she woke up hours later, “feeling raw in and around her vaginal area,” according to the lawsuit, with her clothes “in disarray.” Constand said Cosby was “in his bathrobe.” He then left her to in the home by herself.

District Attorney Kevin Steele said the charges come after a federal deposition given by Bill Cosby was made public.

“The release of these documents in July and the subsequent release of Cosby’s deposition caused by the Montgomery County District Attorney’s Office to reopen the case,” Steele’s office said in a press release. “After reviewing the initial investigation, re-interviewing some witnesses, examining other evidence in the civil case and information from other alleged victims, it was determined that the evidence warranted the filing of criminal charges against Cosby.” 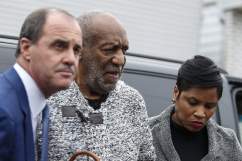 3. Constand Was Working for the Temple Women’s Basketball Team & Was ‘Mentored’ by Cosby

Constand, a native of Ontario, Canada, moved to the United States to play college basketball. She starred at the University of Arizona, before playing professionally in Europe. She then joined Temple basketball coach Dawn Staley’s staff.

She is one of more than 55 women to allege they were sexually assaulted by Cosby. Constand was the first to come forward. Read more information about the other victims below:

4. She Said in the Civil Case That Cosby Didn’t Realize She Was Gay

The prosecutor says Cosby sexually assaulted Constand after she turned down his advances.

According to court documents from Constand’s civil case, she said Cosby did not realize she is a lesbian.

“Despite his talent for interpreting female reactions to him, he did not realize (Constand) was gay until the police told him,” Dolores Troiani, her attorney, wrote in her civil claim, according to the Philadelphia Inquirer.

According to court documents, Constand was in a relationship with a woman at the time of the alleged assault.

After accusing Cosby of sexual assault, Constand left her job at Temple University and returned to Canada.

She is now working as a massage therapist there. 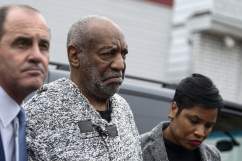 5. Her Attorney Says They Have the ‘Utmost Confidence’ in the Prosecutors

Constand’s attorneys released a statement after the charges against Cosby were announced.

“We wish to express our appreciation to the Montgomery District Attorney’s Office, the County Detectives and the Cheltenham Police Department for the consideration and courtesy they have shown Andrea during this difficult time. We have the utmost confidence in Mr. Steele, Ms. Feden and their team, who have impressed us with their professionalism. In that this matter is now being pursued in the criminal justice system, we will not comment further,” her legal team says.

Prosecutors declined to press charges against Cosby in the same case in 2005. Former District Attorney Bruce Castor said there was not enough information to lead to charges against the comedian. Castor lost his bid for re-election in November to the current district attorney, Kevin Steele. 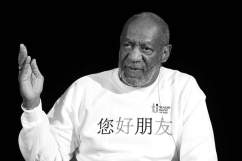