A disturbed man armed with a shotgun, a can of gasoline and a propane tank drove his pickup truck onto the Arkansas State University campus in Jonesboro and engaged in a tense standoff with police as students were taking final exams.

The suspect has been identified as 47-year-old Bradley Kenneth Bartelt. According to a police press conference, Bartelt was formerly a student at the college’s Newport campus.

According to KUTV, “Police are investigating threats Bartelt allegedly made on Facebook prior to the incident.”

According to the school, the gunman was surrounded by police and he was unable to fire off any shots. CNN’s Joe Sutton reports that the suspect was barricaded in a pickup truck beside the student union.

2. The Suspect ‘Sloshed’ Gasoline on His Truck

According to the police press conference, the suspect was “sloshing” gasoline on his truck when police arrived.

The propane tank was in the truck.

There were no reported injuries in the incident.

3. The School Was on Lockdown for Several Hours

The warning text message sent out to students. (Twitter/@_audreytaylor)

The report of the shooter came from an official tweet from the school on the afternoon of December 10. Students at the school were issued a text alert at around 1:36 p.m. He was taken into custody around two hours later.

The school was on lockdown, and the area around student union was evacuated. A statement from the school said that the University Police Department and the Jonesboro Police were both on scene.

4. The School’s Student Union Was Voted One of the Best in America

There are 18,000 students registered at Arkansas State University, according to the school’s Wikipedia page. The student union is known as the Reng Student Union and is referred to as the “hub of campus activity” on the school’s website. In January 2015, it was voted as one of the Top 30 student unions in America.

5. This Incident Will Bring Back Horrific Memories for the People of Jonesboro

The city of Jonesboro has a tragic history with school-type shootings. In 1998, Westside Middle School students Mitchell Johnson and Andrew Golden killed four classmates and one student in Jonesboro. Ten other people, nine students and one teacher, were wounded in the attack. 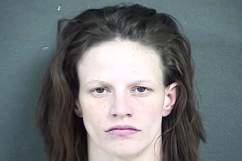 Loading more stories
wpDiscuz
1
0
Would love your thoughts, please comment.x
()
x
| Reply
A gunman locked down Arkansas State University in Jonesboro, Arkansas, after he was involved in a standoff with police.