A Chicago mother of five and grandmother of 10 was fatally shot by police officers who were responding to a domestic disturbance at her apartment building, family members told the Chicago Tribune.

Police have released few details about the shooting, which also killed 19-year-old Quintonio LeGrier, but it appears that Jones was an innocent bystander.

The shooting happened at about 4:30 a.m. Police said in a statement, “11th District Harrison officers responded to a domestic disturbance on the 4700 block of West Erie St. Upon arrival, officers were confronted by a combative subject resulting in the discharging of the officer’s weapon, fatally wounding two individuals. The matter remains under investigation and all further inquiries can be directed to the Independent Police Review Authority.”

1.Jones’ Daughter Says She Was Shot in the Neck After Opening the Apartment’s Door

Daughter of 47-year-old woman shot by police says she was shot opening a door for officers pic.twitter.com/BYFZ7ICl4Y

According to police radio dispatches, officers were sent to 4710 West Erie Street after a 911 call from LeGrier’s father.

“We got a check the well being at 4710 West Erie, 4710 West Erie,” the dispatcher told officers. “The male caller said someone is threatening his life. It’s also coming in as a domestic. The 19-year-old son is banging on his bedroom door with a baseball bat.”

Latesha Jones told the Chicago Sun-Times her mother, Bettie Jones, was shot after opening the door to their apartment building when police arrived.

She said she woke up to find her mother bleeding from the neck. Bettie Jones was taken to the hospital, where she later died.

“In my opinion, he knew he had messed up. It was senseless,” Antonio LeGrier told the Sun-Times about the unnamed officer. “He knew he had shot, blindly, reckless into the doorway and now two people are dead because of it.” 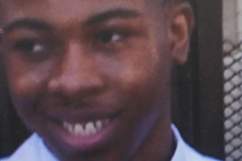 2. The Mother of 5 & Grandmother of 10 Had Just Spent Christmas With Her Family Before She Was Shot

Bettie Jones was the mother of five children, her family says.

She lived in a first-floor apartment with her boyfriend, her family told the newspaper. She has four daughters, ages 38, 33 and 19-year-old twins. She also has a 30-year-old son. She was also the grandmother of 10.

“She had an excellent Christmas. Family was over,” Melvin Jones told the Tribune. “And then to wake up to this. You see it on the news and think that something needs to be done. It really hits you and it just leaves you numb.”

3. Officials Say There Are ‘Troubling Questions’ About the Shooting

Local leaders are questioning the events that led up to the shooting.

“At this point, we are confronted with a series of unanswered and deeply troubling questions,” Cook County Commissioner Richard Boykin, who represents the district where the shooting occurred, said in a statement. “Why did the officers on the scene need to resort to the use of their firearms to subdue a young man with a bat? Why weren’t the officers equipped with tasers so that Quintonio could be subdued without lethal force? How, during an officer response, did a 55-year-old mother of five come to be struck dead by bullets?”

Reverend Marshall Hatch of the New Mount Pilgrim Missionary Baptist Church said a vigil is planned for 2 p.m. Sunday at the shooting scene, according to the Sun-Times.

Hatch told the newspaper the vigil is not political, but added, “all the spotlight on [the police] and they shoot up this place?”

4. LeGrier Was a Student at Northern Illinois University & Had ‘Mental Issues’

Photo of quintonio legrier, 19, killed by police this morning. Photo was provided by his mother. @ABC7Chicago pic.twitter.com/5wzCuLHUXR

LeGrier’s family says he was an engineering student at Northern Illinois University and was home for Christmas break.

He graduated last year from the Gwendolyn Brooks College Preparatory Academy with honors, according to the school’s website.

“They did tell me he was shot seven times. That’s a bit much. That’s a bit much,” she said. “I don’t take all of that. My son only weighed about 150 pounds. … Why do you have to be shot that many times? Why? If the police is trained in the field, then how, they’re just handling the situation by killing people?”

His father told the Sun-Times he took his son to the hospital during Thanksgiving break because of “emotional problems.” He said his son was prescribed with medication.

5. The Shootings Come After Weeks of Protests Over Laquan McDonald’s Death

The December 26 shootings follow weeks of protests over the death of Laquan McDonald, which have put the spotlight on the Chicago Police Department and Mayor Rahm Emanuel.

The protests have come after a dashcam recording led to a charge of first-degree murder against Officer Jason Van Dyke in the 2014 shooting of Laquan McDonald. That video was released to the public after a judge ordered the city must comply with a Freedom of Information Act request. The city had initially fought the release of the video.

Emanuel and District Attorney Anita Alvarez have both indicated they will not resign, despite calls for them to do so from protesters. 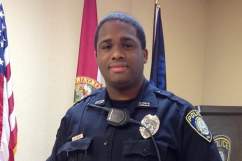