Hundreds of peaceful protesters have taken to the downtown Chicago streets to call for the resignation of Mayor Rahm Emanuel and Cook County State’s Attorney Anita Alvarez.

You can watch a live stream of the protests above from the local Fox affiliate.

Emanuel and Alvarez have both indicated they will not resign. On Tuesday, Emanuel spoke about the recent controversy surrounding the police department:

The protests come after a dashcam recording led to a charge of first-degree murder against Officer Jason Van Dyke in the 2014 shooting of Laquan McDonald. That video was released to the public after a judge ordered the city must comply with a Freedom of Information Act request. The city had initially fought the release of the video. The Johnson video was released without protest by the city.

A video of another police shooting was released earlier this week, and the prosecutor’s office announced the officer involved in that shooting would not be charged: 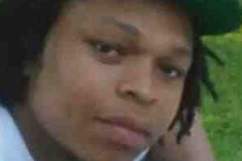