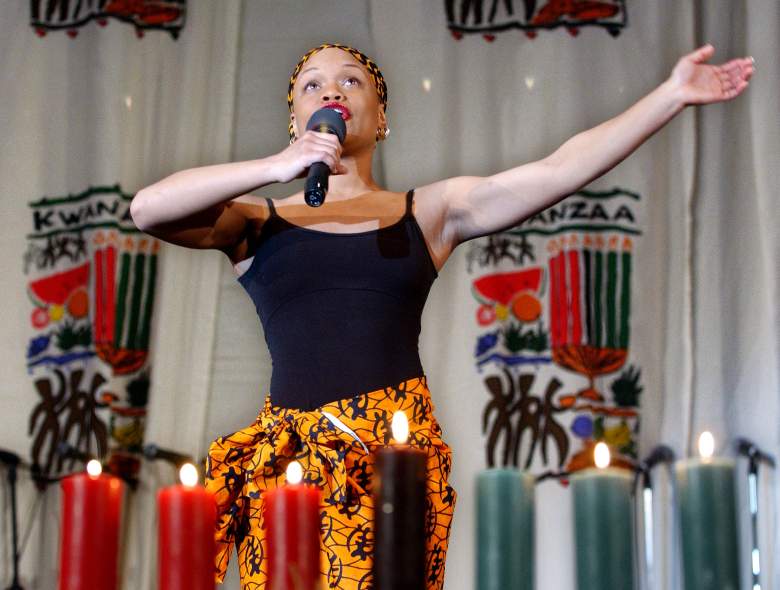 As seven Kwanzaa candles burn, Malaiyka Reid of Brooklyn, New York reads a poem titled “Ego Trippin’ during a Kwanzaa celebration in 2003 at The Museum of Natural History in New York CIty. Kwanzaa is a seven-day African-American cultural festival that is observed from December 26 to January 1. (Getty)

Kwanzaa is a fairly new holiday that was created in 1966 by Dr. Maulana Karenga and is now celebrated by millions worldwide. Dr. Karenga is a professor of Africana Studies at California State University.

This social holiday is celebrated from December 26 to January 1, right between Christmas and New Year’s. Kwanzaa is not a religious holiday but rather a celebration for people of African descent to give thanks for their heritage and renew pride in their culture. The name Kwanzaa comes from the Swahili phrase, “matunda ya kwanza,” which roughly means “first fruits.”

Some traditions include the passing of the unity cup, giving presents, singing, dancing and lighting the candelabra, the kinara. The Kinara holds the candles that represent the seven principles of Kwanzaa. Kinaras can be made from many kinds of materials including fallen branches, wood, or other natural materials. Many people like to make their own. 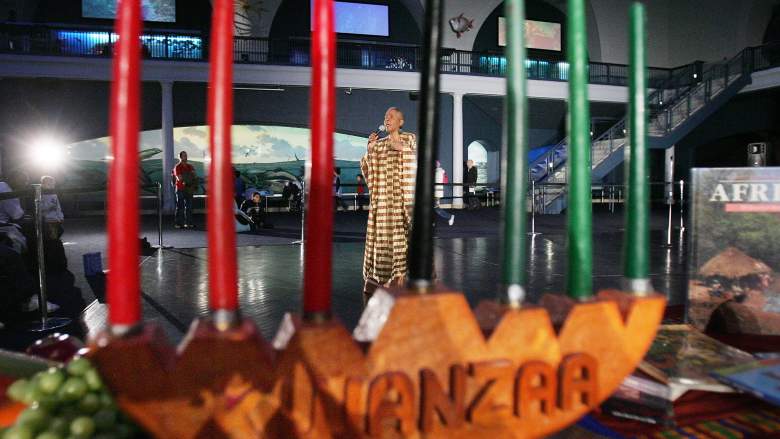 The traditional “kinara” candelabra is used to celebrate Kwanzaa, which takes place from December 26 to January 1. (Getty)

In a traditional kinara, which represents African ancestry or “the original stalk from which we came,” there are supposed to be three red candles (symbolizing self-determination, cooperative economics, and creativity), three green candles (symbolizing collective work, purpose, and faith) and one black candle (symbolizing unity), according to the History Channel.

The black candle, called the Umoja, stands in the middle and is flanked by three red candles to the left and the three green to the right. The principle each candle represents is discussed on the night it is lit.

Mishumaa saba, which means the seven candles, are certain colors for a reason. Specifically, red represents the struggle for self-determination and freedom. Black symbolizes the people, the earth, the source of life, hope, creativity, and faith. Green represents the earth that sustains our lives and provides hope, divination, employment, and the fruits of the harvest, according to the History Channel.

Loading more stories
wpDiscuz
0
0
Would love your thoughts, please comment.x
()
x
| Reply
During Kwanzaa candles are lit every night on the kanara. Each candle has a different meaning. Learn about the candle lighting tradition of Kwanzaa here.